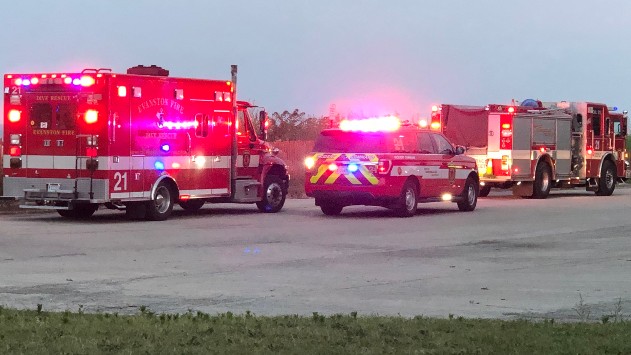 All three victims have been transported by ambulance to Evanston Hospital.

Update 2:15 p.m.: Shortly after 2 p.m. rescue operations resumed at the Church Street boat ramp after clothing with identification papers matching the description of a rumored fourth victim of the initial incident was located on the shore.

Update 5:20 p.m.: Evanston Police Sgt. Anthony Correa tell Evanston Now’s Jeff Hirsh that a woman and her roughly 12-year-old daughter were in the lake and in distress.

A male bystander, believed to be in his 30s, got into the water to try to help, but also ran into trouble, apparently due to an undertow.

Correa says firefighters in a boat rescued one person and took that person to the Church Street boat launch. The other two were pulled from the water onto the beach.

The beach was closed when the individuals went in the water.

Update 10 p.m.: Fire officials said they didn’t have an update on the conditions of the three victims this evening, but that the woman was initially transported to the hospital in critical condition while her daughter and the man who tried to save them were transported in good condition.