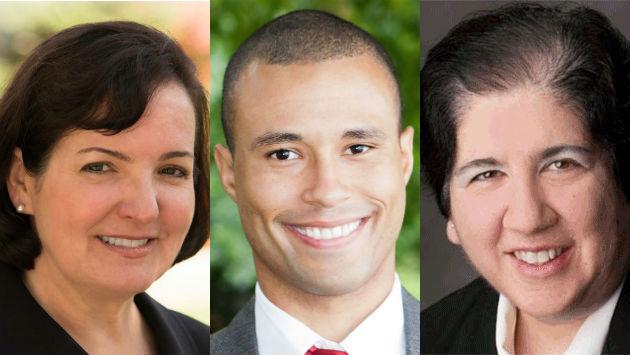 They are Joan McCarthy Lasonde of 622 Central Ave. in Wilmette, David Earl Williams III of 1055 W. Granville Ave. in Chicago and Susanne Atanus of 8417 W. Betty Terrace in Niles.

Atanus has gone after Schakowsky's job in every election starting in 2008 and defeated Williams in the 2014 Republican primary, despite controversy over her claims that tornadoes are God's punishment for gay rights. Williams' campaign was dogged by reports he had stalked an ex-girlfriend.

Lasonde, in her first-time campaign, has voiced support for Gov. Rauner's efforts to block resettlement of Syrian refugees in Illinois and attacked Schakowsky for citing the terrorist attacks in Paris as a reason to strengthen gun control laws in the U.S.

Schakowsky, who won 66 percent of the vote in the 2014 general election, has no challengers in next year's Democratic primary.