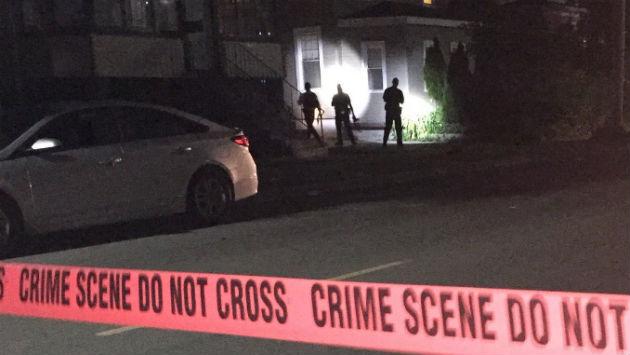 Evanston police say three people were shot early this morning in the 1700 block of Dodge Avenue.

Police Cmdr. Joseph Dugan says officers on deployment in the area heard multiple gunshots just before 1 a.m. and located two victims at a home on the west side of the street.

A 19-year-old Evanston man was shot in the left bicep and a 17-year-old Skokie youth was shot in his right thigh. Both were taken to Evanston Hospital.

Later, a third victim of the shooting, a 17-year-old Evanston youth, walked into Evanston Hospital. He had a wound from a bullet fragment that hit his left hamstring area.

Dugan says none of the injuries are considered life threatening.

Detectives are investigating the shooting. No description of the gunman is available.

Police ask anyone with information about the shooting to call the Evanston Police Department at 847-866-5000 or by using Text-A-Tip at CRIMES (274637) and entering EPDTIP in the message line with the tip information.