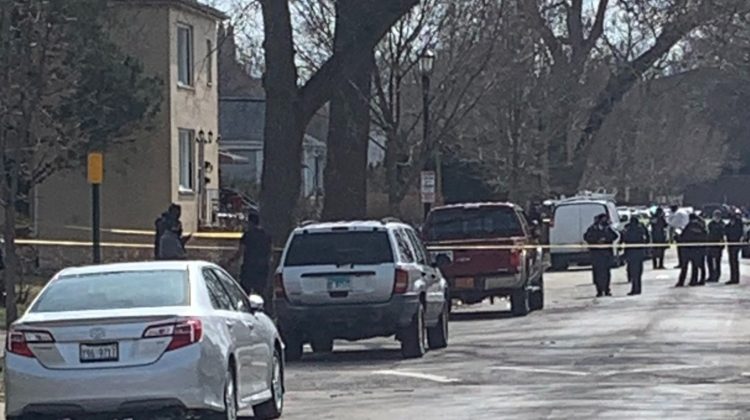 Police at the shooting scene at 1811 Hovland Court. (EPD photo)

The three had been taken to Evanston Hospital by fire department paramedics.

The third victim reportedly has a non-life-threatening gunshot wound to the leg.

Police say they’re seeking a man wearing a dark hoodie and grey sweat pants who was last seen running northbound from the shooting scene and crossing Emerson Street as a suspect in the case.

They add that the initial investigation indicates the shooting was not a random act.

School District 65 announced this afternoon that it has placed all its schools on a soft lockdown through the end of the school day following the shooting incident, although they don’t believe there is an active threat to any of the schools.

The lockdown means that school doors will remain locked for the remainder of the day, but that students will be dismissed at the normal time.

Police are asking anyone with information about the shooting to call 847-866-5000 or use the text-a-tip service.