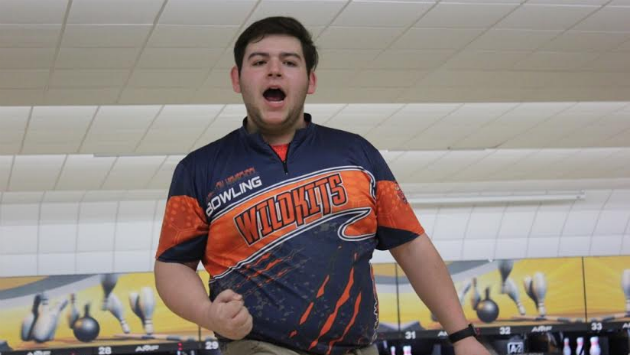 Jacob Rubin will have company at the Illinois High School Association sectional bowling tournament this year.

Rubin earned a repeat trip to the sectional and will be joined by teammates Joe Leibforth and Ben Bartol after the Evanston trio earned at-large individual berths coming out of the New Trier Regional at Classic Bowl in Morton Grove Saturday afternoon.

Rubin, Leibforth and Bartol accounted for 3 of the 10 top individual scores  for competitors who weren’t part of advancing teams. Glenbrook North (5,529), Notre Dame (5,436), Chicago Taft (5,414) and Niles West (5,325) will send full teams to next Saturday’s Taft Sectional at the Habetler Bowling Lanes in Chicago.

Evanston settled for 6th place in the team standings with a pinfall of 5,092. It marks the first time in the history of the fledgling ETHS program that the Wildkits have advanced multiple competitors from the regional to the sectional. 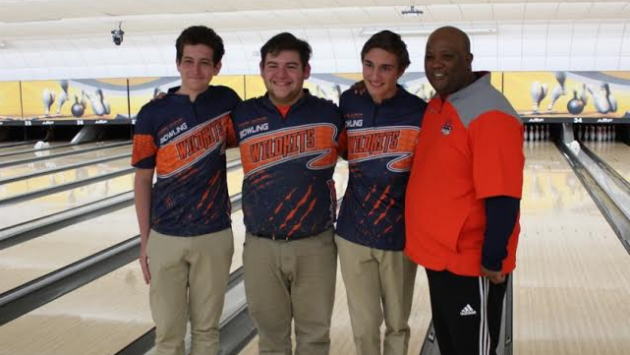 That’s just the step Wildkit head coach Harold Bailey was hoping to take this year. Rubin, a senior, rolled a 1,164 overall including a high game of 258. Leibforth, a sophomore, added a 1,087 series and Bartol, a senior, claimed the last qualifying spot with a total of 1,026 after just missing as both a sophomore and a junior.

“Our goal was really to get the whole team through, but getting 3 guys to the sectional is a great feat,” said Bailey. “It’s a testament to them for the way they’ve been able to stick with it for the past 4 years. As freshmen, they  got beat up a lot, but they dedicated themselves to working hard, and it showed through today. It’s always been about togetherness for them as a team, and they’re the ones who deserve all the accolades. We finished 8-8 (in dual meets) and that’s also our best record ever. All I wanted was for them to take one more step today.”

Bartol missed out on a sectional trip by just 1 pin last year, and fell short of advancing as a freshman by a mere 7 pins. “I figured this was going to be my year,” he said Saturday after what seemed like an eternity of a wait until the final scores were announced. “I didn’t even throw as good a score as I did last year, but it was good enough today. I only had a 1,026 today but a couple of days ago I threw a 1,166, so I knew I was capable if I just kept cool under pressure.”

“I only have one year of experience, so for me to be one of the top 10 as a sophomore is really exciting,” added Leibforth, who finished strong with scores of 203, 227 and 177 over his last 3 games. “I had a lot of fun this year and I’m really excited about next week.”

Rubin’s just happy to have some company wearing the same uniform as he does for the sectional eliminations.

“Last year I had some friends from other teams (competing), but having teammates with me, guys who have my back while I have theirs, will relieve some of the stress at the sectional,” Rubin said. “It will be nice to have some teammates there, and the sectional site is the same place where we had the regional last year, so I’m familiar with those lanes.

“Today the lanes broke down (making conditions tougher) a lot faster than we thought they would, so we just had to push through. That 258 (in the fourth of six games) really  helped me, obviously. It just came down to the mental game today. We adjusted, so we were able to make it out.

“I didn’t even know Evanston had a team until my freshman year of high school, and bowling just caught my eye. I loved it right from the start and decided to put in the time and make the commitment. If I’m not in school, you’ll usually find me here. Bowling is a lot of fun and I plan to do it in college, too.”

“I was hard on some of these guys at times, because I saw that the potential was there. I really wanted this for all of them,” Bailey added. “All three of them had that natural ability as freshmen. It hasn’t always been easy, but they got it done.”