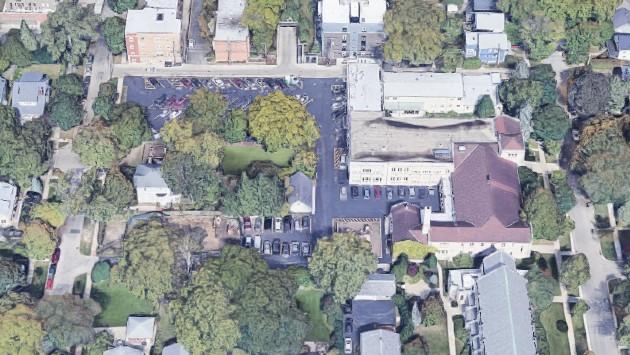 A plan to expand and reconfigure parking at St. Athanasius School was rejected by the Evanston City Council Monday night on a tie vote.

The proposal to expand parking on a lot the school owns on Eastwood Avenue adjacent to the first alley north of Lincoln Street was rejected on a 4-4 vote.

The tie vote resulted because Alderman Robin Rue Simmons, 5th Ward, was absent from the meeting. And Mayor Steve Hagerty, who normally would break such a tie, recused himself because he has a child attending the school.

Alderman Eleanor Revelle, whose 7th Ward includes the school site, had worked out a compromise designed to minimize obstructions in the alley and reduce conflicts between pedestrians and cars in the larger school-owned lot further north on Eastwood, which serves both as parking and a playground space.

She said the proposal represented a difficult balancing act between the interests of neighbors and the school but that she favored the compromise plan.