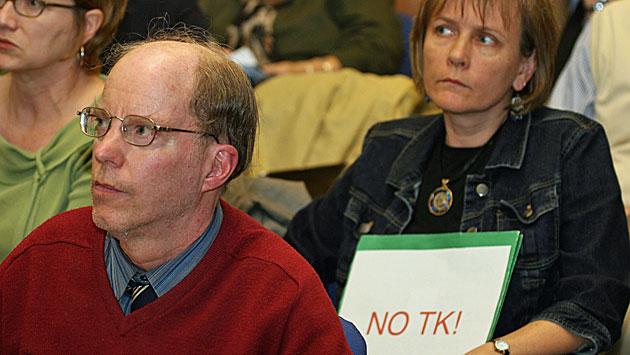 A sports bar in the Fountain Square Building would threaten Evanston's moral standards. Or it would give a major boost to the downtown economy. Those were the clashing views heard by Evanston's liquor control board Tuesday night.

Cynthia Farenga, an attorney whose office is in the building, led the charge against the proposed Tilted Kilt franchise, organizing an online petition drive that she claims has gathered nearly 2,000 signatures.

Farenga says she'd rather see the space remain empty than have it house a business that would "objectify our daughters."

But attorney Carol Mengel, who's married to building owner Ted Mavrakis, said the bar would have a positive impact on the community, provide jobs for 150 adults and increase tax revenue.

She said Farenga's claims that Tilted Kilt is a "soft-core porn-type business" were offensive and irresponsible. 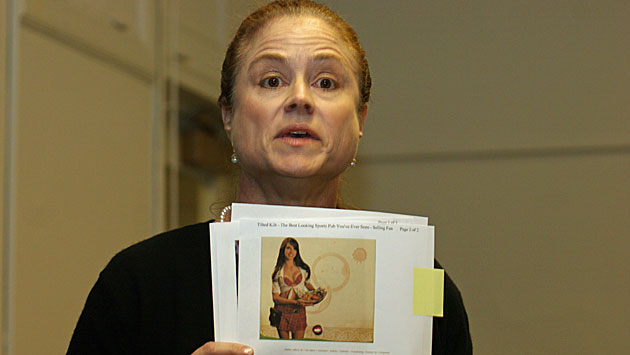 Carol Mengel, displaying a picture of a Tilted Kilt waitress in uniform.

She showed photos comparing the costumes of the restaurant's waitresses with outfits worn by cheerleaders for Chicago professional sports teams and said the the waitresses were much less revealingly dressed.

And she argued that opponents were condemning the business without ever having visited any of its several other franchise locations in the Chicago area. 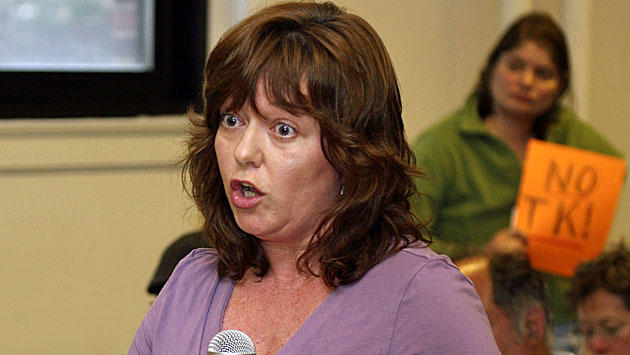 Liz Reeves, who said she's lived in Evansotn 28 years and once waited tables at a previous restaurant in the building, said she has two beautiful pre-teen daughters and doesn't want them to think that the Tilted Kilt represents what the world thinks they should become.

And Diane Thodos called Tilted Kilt "the boobie prize of restaurants." She said she sees no place for "sleazy sexism in a proud town like Evanston."

But several business owners said that with a large number of vacant storefronts, downtown needs a boost.

Kevin Pearson, a commercial real estate investor who lives and works in Evanston, said he's an investor in a building in Bollingbrook that now houses a Tilted Kilt.

"When we were first approached about it, we had exactly the same concerns," Pearson said. "I'm well aware of the dangers of sexism."

But after visiting other restaurants in the chain and investigating the business, he concluded that people's fears are exagerated. 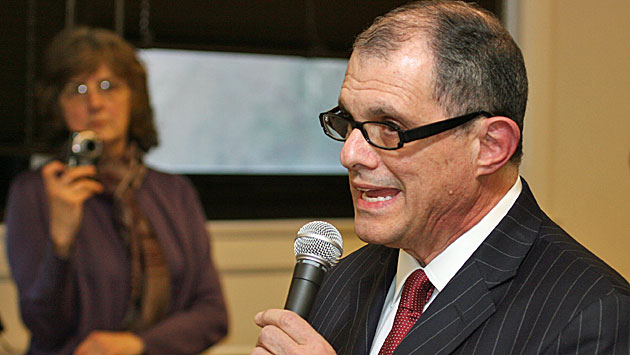 And Armen Manazian, an owner of Manazian Rug Company in Evanston, said the city "is lucky to have a gentleman like Mavrakis who's invested money in this town. I hope you will approve it."

Mavrakis, who said he now owns eight commercial buildings downtown and pays over $500,000 a year in  property taxes, noted that he's had a liquor license for his Giordano's restaurant franchise in Evanston without incident for nearly three decades.

He said he has his own office in the Fountain Square Building an that for the last two year's its been very hard to rent space here.

"I've become famous lately for being that 'Ted' who's name and phone number is on all the signs" listing retail space for rent, Mavrakis said.

He said he'd thoroughly researched the Tilted Kilt before deciding to invest what he said would be $1 million to renovate the space in the building.

"This is an upscale bar," he said, "people come to have a drink and watch sports." It's nothing like, he said, what opponents are claiming it would be. 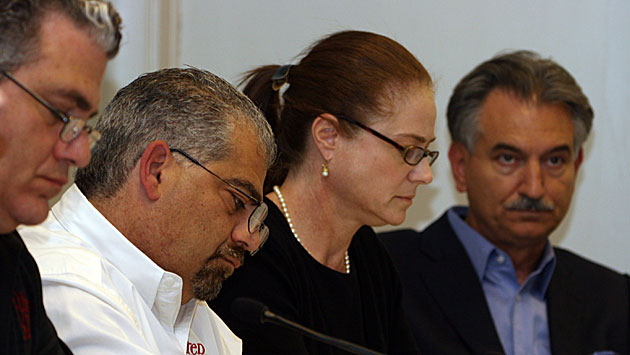 Ted Mavrakis, right, with his wife and two representatives from the Tilted Kilt chain.

The Liquor Control Review Board serves only as an advisor to the mayor on granting a new license and took no vote on the issue Tuesday night.

If she approves a license for the bar, the City Council would then have to vote on whether to expand the number of liquor licenses in the city to accommodate the addition.

If she rejects the application, the City Council could override her decision if at least six of the nine aldermen favor it.