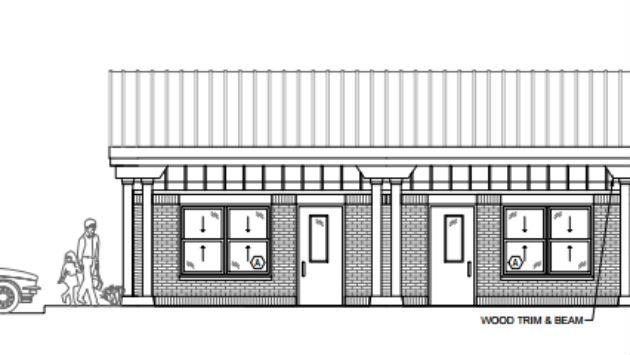 In a new effort to increase the amount of affordable housing in Evanston, a developer is working with the city on plans to build six 'tiny home' apartment units on a vacant lot on Darrow Avenue.

The property at 2122 Darrow Ave. once held a single family home that had been planned for rehabilitation under the city's federal Neighborhood Stabilization Program grant. But it was demolished after the city determined it was too deteriorated to be successfully rehabbed. 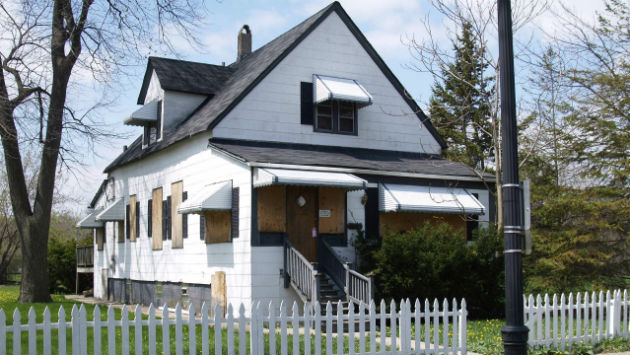 An assessor's office photo from 2007 of the since-demolished home at 2122 Darrow Ave. 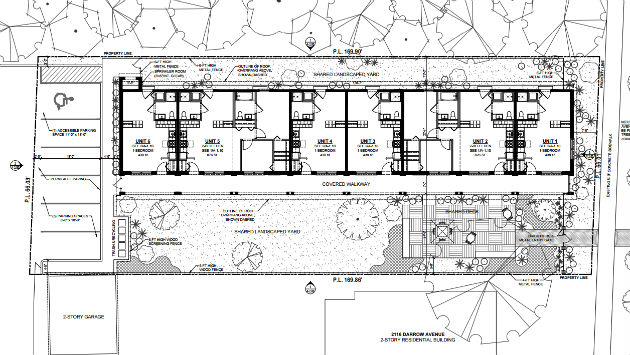 Muenzer says the plans describe the smaller units as having one-bedroom and the larger ones as having two-bedrooms plus a den. But the plans indicate that the bedroom area in the smaller units would only be separated from the living space by a partial wall, so, he says, they would probably more typically be considered studio apartments.

The property adjoins Twiggs Park on the north and would have a landscaped shared yard on the south side of the building and six parking spaces off the public alley at the west edge of the site. 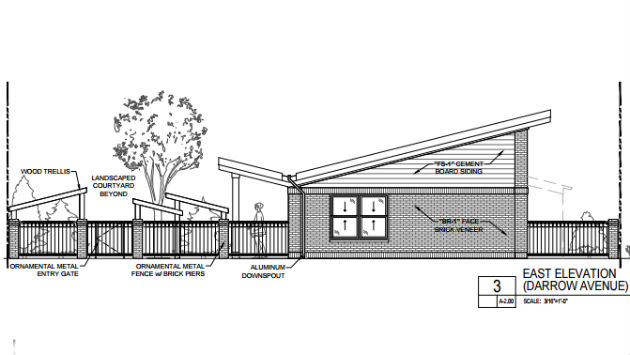 The a drawing showing the east facade of the building, facing Darrow.

Muenzer says current plans are for the properties to be sold as condominium units, but that the exact pricing and what affordability targets they would meet haven't been worked out yet.

The project would require several variations from existing zoning — including for the number of units and amount of parking — and will require review by the city's Zoning Board of Appeals and approval from the City Council.

Muenzer said the project "will be a good step for us to look at the zoning code and see if there is a way to increase affordability in the community while respecting lower-density single-family neighborhoods."