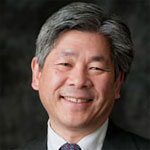 Two new studies have identified promising genes and small molecules to use against devastating diseases.

To do its job properly within the cell, a protein first must fold itself into the proper shape. If it doesn’t, trouble can result. More than 300 diseases have at their root proteins that misfold, aggregate and eventually cause cellular dysfunction and death.

Morimoto is the Bill and Gayle Cook Professor of Biology in the department of molecular biosciences and the Rice Institute for Biomedical Research in Northwestern’s Weinberg College of Arts and Sciences. He also is a scientific director of the Chicago Biomedical Consortium.

The genetic study reported in PLoS Genetics was conducted in the transparent roundworm C. elegans, which shares much of the same biology with humans. The small animal is a valued research tool because of this and also because its genome, or complete genetic sequence, is known.

In the work, Morimoto and his team tested all of the approximately 19,000 genes in C. elegans. They reduced expression of each gene one at a time and looked to see if the gene suppressed protein aggregation in the cell. Did the gene increase aggregation or lessen it or have no effect at all?

The researchers found 150 genes that did have an effect. They then conducted a series of tests and zeroed in on nine genes that made all proteins in the cell healthier. (These genes had a positive effect on a number of different proteins associated with different diseases.)

These nine genes define a core homeostastis network that protects the animal’s proteome (the entire set of proteins expressed by the organism) from protein damage. “These are the most important genes,” Morimoto said. “Figuring out how nine genes — as opposed to 150 — work is a manageable task.”

In the Nature Chemical Biology study, Morimoto and his colleagues screened nearly one million small molecules in human tissue culture cells to identify those that restore the cell’s ability to protect itself from protein damage.

They identified seven classes of compounds (based on chemical structure) that all enhance the cell’s ability to make more protective molecular chaperones, which restore proper protein folding. The researchers call these compounds proteostasis regulators. They found that the compounds restored the health of the cell and resulted in reduction of protein aggregation and protection against misfolding. Consequently, health was restored when diseased animals were treated with the small molecules.

Morimoto and his team then conducted detailed molecular analyses of 30 promising small molecules, representing all seven classes. They discovered some compounds were much more effective than others.

“We don’t yet know the detailed mechanisms of these small molecules, but we have identified some good drug targets for further development,” Morimoto said.

The PLoS Genetics paper is titled “A Genetic Screening Strategy Identifies Novel Regulators of the Proteostasis Network.” M. Catarina Silva, a joint-doctoral student at Northwestern in the Morimoto lab and the University of Lisbon is the first author. The National Institutes of Health, the Huntington’s Disease Society of America Coalition for the Cure and the Daniel F. and Ada L. Rice Foundation supported the research.

The Nature Chemical Biology paper is titled “Small-Molecule Proteostasis Regulators for Protein Conformational Diseases.” Barbara Calamini, a former postdoctoral fellow at Northwestern who is now a research scientist at Duke University, is the first author. The National Institutes of Health and the Daniel F. and Ada L. Rice Foundation supported the research.