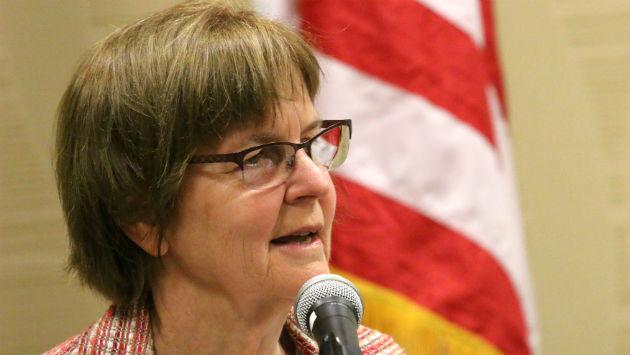 Elizabeth Tisdahl today confirmed widespread speculation that she would not run for a third term as mayor of Evanston.

In a message posted to her Twitter account, the mayor said she "loved every minute" of being mayor, but that it was time for her to "try new challenges."

Tisdahl, 70, was first elected mayor in 2009 after previous service as 7th Ward alderman and a District 202 school board member.

At least two people have been exploring a run for mayor on the assumption Tisdahl would choose to vacate the office. They are Alderman Mark Tendam, 6th Ward, and Steve Hagerty, the president of Hagerty Consulting, who chaired a mayor committee that explored what to do with the Harley Clarke mansion.

Neither of them have formally announced a campaign, and they and other prospective candidates have considerable time left to make a decision.

Would-be candidates can't start circulating petitions to run for office until Sept. 20 and the filing deadline isn't until Dec. 19. 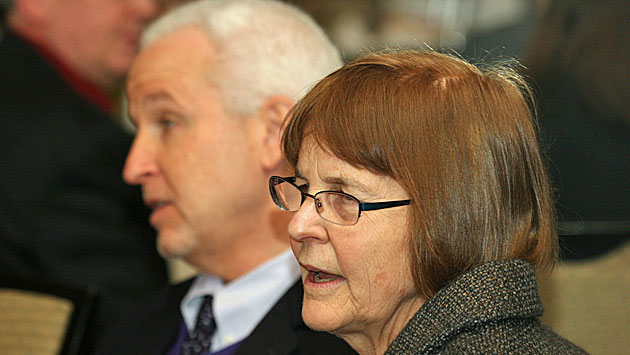 The mayor with NU President Morton Schapiro at the 2012 State of the City luncheon.

Tisdahl has perhaps been best known for her efforts to improve the city's relations with Evanston's largest employer — Northwestern University — notably through a "cookie diplomacy" campaign that started with the appointment of the university's current president, Morton Schapiro.

She also backed a dramatic expansion of summer youth jobs programs and efforts by city youth workers to get troubled young people onto successful career paths.