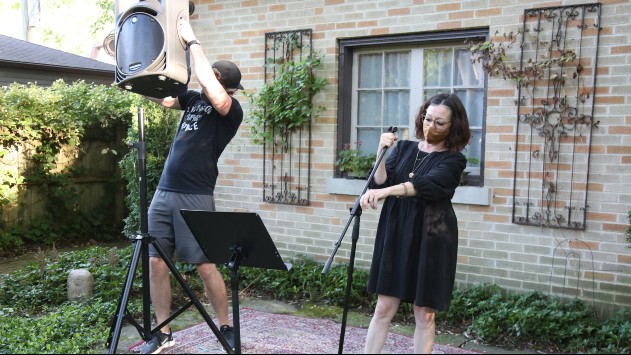 Although Illinois live music venues are shut down for the foreseeable future, Evanston’s SPACE has found a way fans can still enjoy in-person performances by offering “To-Go Concerts.”

The “micro-concerts” aim to safely recreate the SPACE concert-going experience outside in a patron’s own yard or driveway. In addition to musicians, SPACE brings along signs and décor from the club and can bring food from Union Pizza along with drinks from the bar. 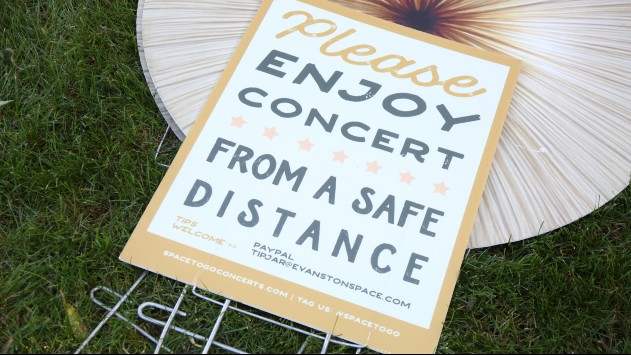 Jake Samuels, Talent Buyer at SPACE, says, “Everyone is hard-hit by COVID, but music venues even more so. They’ve been the first to close and will be among the last to reopen.”

He says the To-Go Concert concept came up when “we started thinking about what can we do to bring music to the community and support musicians.” 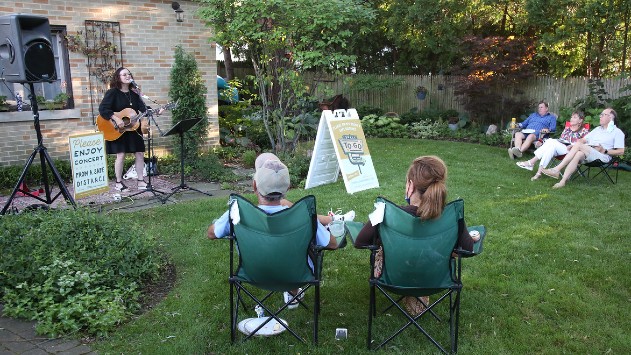 Nora O’Connor, the musician featured at a recent To-Go Concert on Lincoln Avenue, said she appreciates how SPACE has been helping musicians, staff and the venue itself, saying “We’re all in this together”.

Samuels said venues and promoters, although very competitive in normal times, have been regularly talking and sharing ideas like this one about how to keep going in this “dire situation.”

With so few ways to celebrate right now, the concerts are popular choices for special occasions like birthdays and anniversaries. SPACE has produced close to 50 micro-concerts so far. 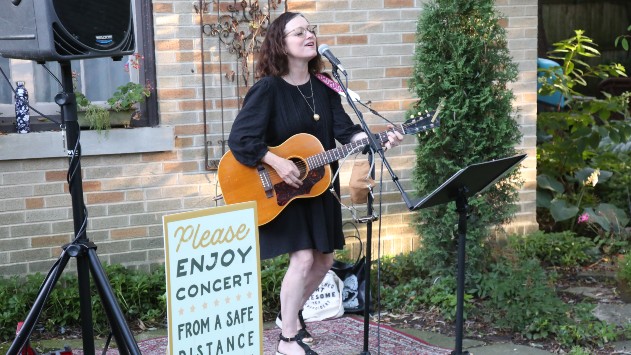 Samuels said, “It is nice to devote energy to something that has brought so much joy to people who have been sheltering in place. The best thing has been just being able to talk about music and how people are doing and to be able to connect musicians with fans in a safe, memorable way. It’s awesome.”