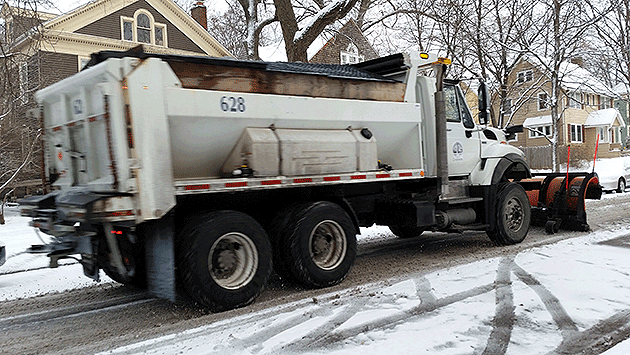 Evanston city officials say we're likely to get about two-and-a-half inches of snow starting around 8 or 9 p.m. tonight and mostly ending by 2 a.m. Tuesday.

Assistant Public Works Director James Maiworm says we'll be spared the worst of this storm — areas south of Chicago are expected to get more snowfall.

Since it will be very cold overnight, the snow is expected to be light, with little moisture content, and it "will blow around some when the winds pick up tomorrow," Maiworm says.

He says Public Works crews have anti-iced all the main roads with a combination of salt brine and beet juice because of the cold temperatures.

Crews are on alert, he says, and will begin operations as soon the snow starts accumulating.

Meanwhile, the city's Health Department is warning about the extremely cold temperatures expected to continue over the next several days.

Health Director Evonda Thomas-Smith says exposure to cold temperatures, whether indoors or outdoors, can be dangerous to anyone, but particularly to the elderly, infants and young children, persons with disabilities and people on certain medications.

The city's community centers and public libraries will be open during their regular hours for use as warming centers. For schedule details residents can call 311.. Residents who need shelter overnight should call 911 for assistance.