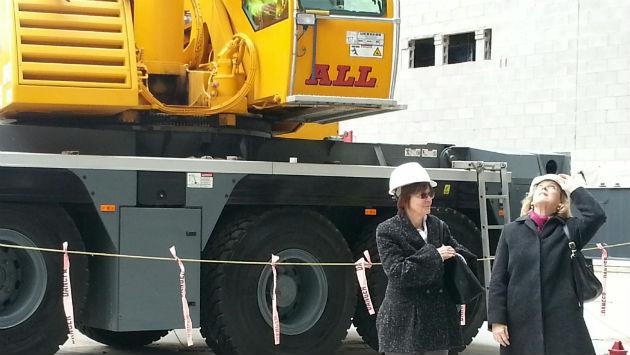 A topping-off ceremony was held this morning for the nine-story residential-commercial-office development at 835 Chicago Ave. in Evanston

Just under a year after the formal groundbreaking for the project from Riverside Investment and Development Company, the last steel beam was hoisted into place atop building. 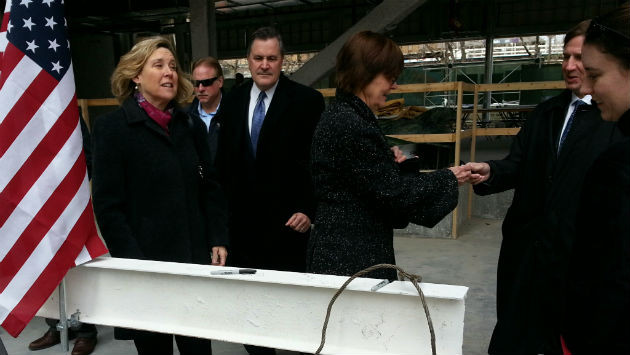 Mayor Tisdahl hands off the pen after signing the beam.

"This corner of Main Street and Chicago Avenue has long stood vacant waiting for the return of commercial vibrancy," said Alderman Melissa Wynne, whose 3rd Ward includes the site.

Completion of construction work at the site is anticipated for late this summer. 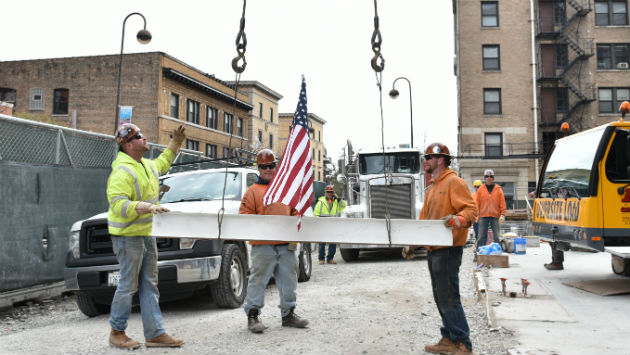 Going up! (Photos by Martha Logan and Genie Lemieux.)

“The topping off of our building is a tremendous milestone for the entire development team, most importantly the union tradesmen who worked through sub-zero temperatures as well as 90-degree heat to meet this important goal," Riverside CEO John O'Donnell said. "All of us, including the Riverside team, Power Construction, their subcontractors, bankers, partners as well as the city officials can share with pride in this important accomplishment.”

The project received $2.9 million in city aid to help fund the the second-story offices planned for the building — with city officials saying adding more daytime workers is important for stimulating retail sales in the neighborhood.

The building will also have ground floor retail space and 112 rental apartments.