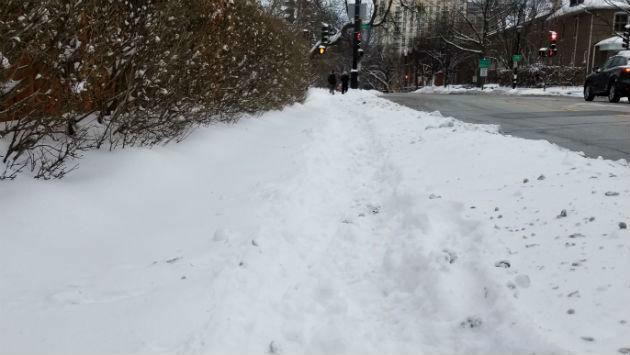 Evanston aldermen Monday are scheduled to vote on new rules to require homeowners to shovel their walks within 24 hours after any snowfall and set penalties of up to $750 for violations.

The city currently does not require shoveling unless snowfall totals four inches or more.

Violators could also have liens filed against their property by the city, if the city chooses to clear the walks itself.

In a memo to aldermen, Interim City Manager Erika Storlie says the city received 153 complaints about sidewalk conditions after the first two storms this year.

Because the first storm, which drew 99 complaints, involved just under four inches of snow, Storlie says, the city had no legal authority to require people to clear the sidewalks.

After the second storm, which reached the four-inch threshold, the city issued 16 violation notices, she said.

Alderman Melissa Wynne, 3rd Ward, has requested that the Council suspend its normal rules to be able to introduce and adopt the ordinance tonight rather than waiting until the following meeting, two weeks from Monday, to take the adoption vote.