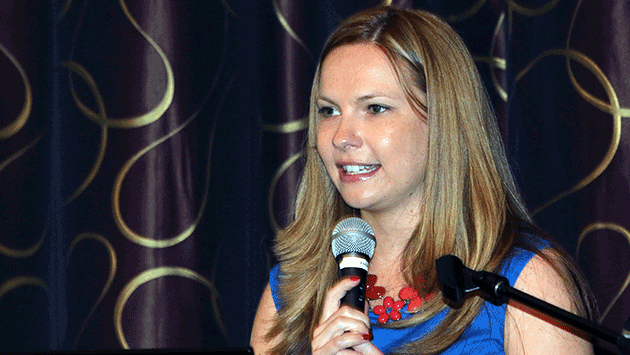 The deputy director of the state tourism office said in Evanston this morning that Americans are slackers when it comes to taking time off.

The deputy director of the state tourism office says Americans are slackers when it comes to taking time off.

Jen Hoelzle, speaking at this morning's National Travel and Tourism Week breakfast at the Hilton Garden Inn in Evanston, said the average American fails to take 3.2 days of the paid vacation they've earned each year.

If all those people just took one more day off a year, Hoelzle said, it would add $73 billion to the nation's economy. 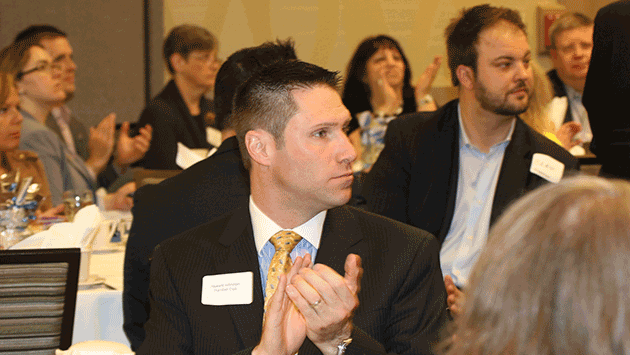 Members of the audience applaud as Hoelzle is introduced.

And, to chuckles from the room filled with hospitality industry workers, she said there's research that shows people who take more time off are better lovers — as well as more productive and less stressed at work.

Hoelzle, who says she first came to Evanston 10 years ago to study for a degree at Northwestern University's Medill School of Journalism, said the state tourism agency is increasingly focusing on bringing international visitors to Illinois, because they stay longer and spend more money. 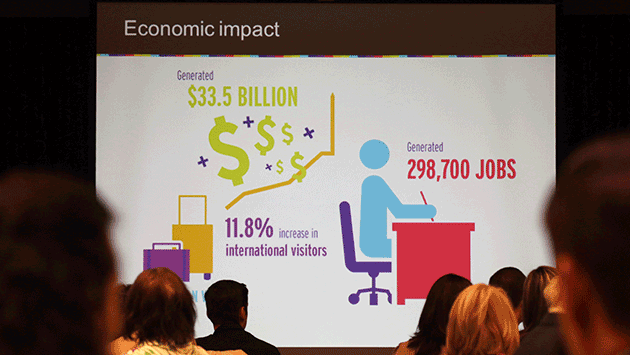 She says the state saw a 11.8 percent increase in international visitors in 2012, and while similar figures for last year aren't available yet, she anticipates another sizable gain, since hotel-motel tax collections were up over 7 percent.

And she said the trend through April of this year shows another gain, of about 8 percent in hotel tax revenue.

She said the tourism bureau is continuing its "Mini Abe" advertising campaign launched last fall with a new version this spring.

The six-figure cost of a Super Bowl version of the campaign came in for some criticism, but the pitch has oherwise gotten generally favorable reviews.

The Chicago's North Shore Convention and Visitors Bureau, which sponsored today's breakfast, gets about half of its funds from the state tourism agency. 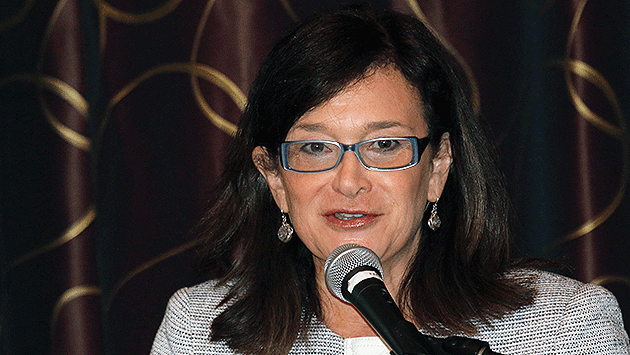