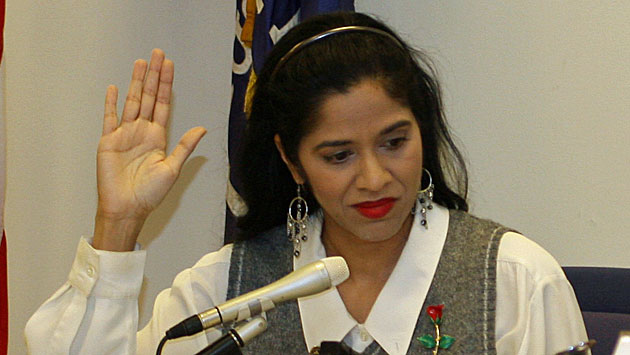 A handful of fervent supporters of township government tried Wednesday night to deny Evanstonians a chance to cast ballots on whether they want the township abolished.

Padma Rao is sworn in as moderator for the meeting.

A handful of fervent supporters of township government tried Wednesday night to deny Evanstonians a chance to cast ballots on whether they want the township abolished.

In a sometimes chaotic township meeting called in response to a petition signed by 22 voters, the people present in the City Council chamber elected Padma Rao to moderate the session.

Rao, known for her ceaseless criticism of the possibility any trees might be harmed in the redevelopment of the former Kendall College property, defeated Township Trustee and Alderman Jane Grover for the moderator's slot on a 17-12 vote.

Grover later said it was an election "I'm happy to lose."

Rao, of 2246 Sherman Ave., then proceeded to order Trustee and Alderman Don Wilson off the dias and denied City Manager Wally Bobkiewicz the opportunity to read a statement from the special attorney hired by the town board to present the board's views on the legitimacy of the referendum. 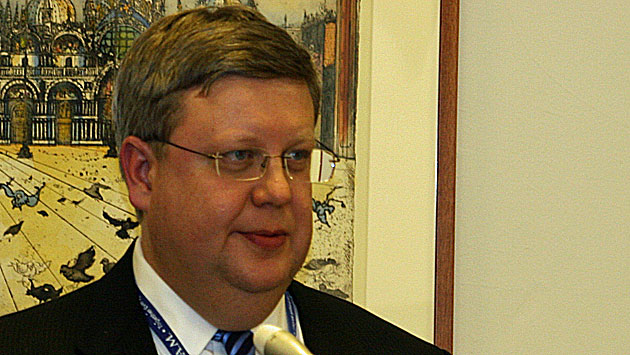 At the behest of her private attorney, Douglas R. Cannon of Skokie, Rao also refused to let the town board's attorney, Mike Kasper, speak, claiming he had a conflict of interest because he'd been hired by the board.

Wilson, who had voted as a town board member to not hold the advisory referendum, told the crowd he was disappointed with "the lack of respect for the democratic process" evident at the Wednesday night meeting.

"What could be wrong with asking the voters their opinion?" Wilson asked.

Several speakers offered a wide range of criticisms of township and city government. 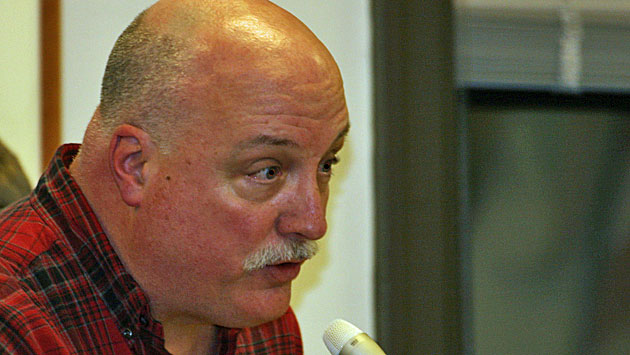 Kevin O'Connor, of 1227-1/2 Isabella Ave., argued public notice for the meeting was insufficient. "Transparency in this town is all lip service," O'Connor claimed.

Betty Ester, of 2031 Church St., insisted that savings Bobkiewicz has claimed can be achieved through having the city provide township services won't happen. And she criticized the mayor's recent online Twitter Town Hall session for "denying a lot of people access." 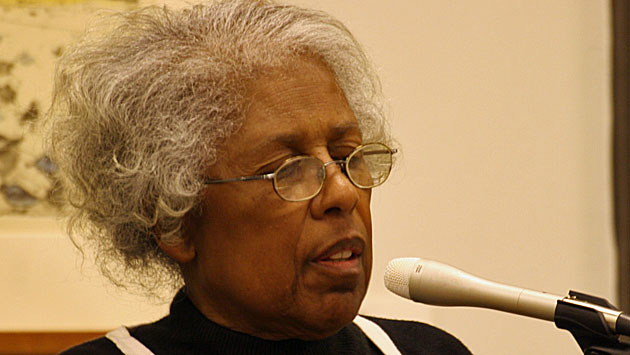 Priscilla Giles, of 1829 Ashland Ave., said shutting the township would cost township workers their jobs and is "a legal way of driving out the poor."

In the end, the group voted to direct Township Clerk Rodney Greene to send a letter to County Clerk David Orr asking that the referendum be taken off the ballot. They also voted to reconvene the town meeting at 7 p.m. on Wednesday, March 7. 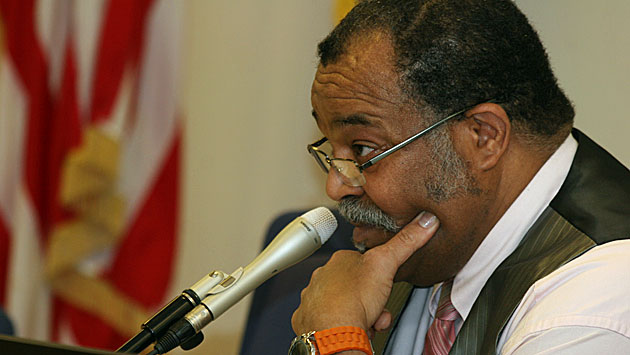 Given that ballots for the election have already been printed, and that the town board claims it was legally entitled to place the issue on the ballot, it appears the question of whether votes in the referendum will be counted is likely to end up being settled in court.