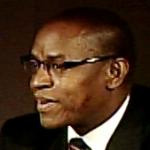 Spending by Evanston Township is scheduled to rise nearly 21 percent during the current fiscal year under a budget scheduled to be approved by the town board next month.

Newly elected Township Supervisor Gary Gaspard says much of the increase is a result of a surge in the number of general assistance recipients.

Gaspard says last year's budget anticipated an average of 90 indigent people receiving cash from the program each month — but by the end of the fiscal year that number had soared to 148.

Gaspard says he's budgeting for an average of 125 clients in the new budget. He says news coverage of the debate in recent months over the future of the township apparently alerted a lot of people to the existence of the general assistance program and that they might qualify for aid.

General assistance provides a maximum payment of $500 a month, with up to $200 for rent paid directly to a landlord and the other $300 paid to the client in two semi-monthly installments.

Gaspard says he's also stuck with a $75,000 unpaid bill for a prescription drug benefit program set up by former Supervisor Pat Vance with Walgreens. He says that will nearly double the cost of medical services for general assistance clients for this year — from $76,600 budgeted last year to $152,050.

The township's fiscal year started April 1, but under state law it doesn't have to adopt a budget until after the year is already underway.

That means that Gaspard, who took office May 13 following the April 9 election, was left with a spending plan already set in motion by Vance.

Gaspard says he is eliminating the position of township executive director, which was budgeted at $72,284 last year, but that move won't impact the budget until half-way through the fiscal year.

In addition he's planning to hire a second general assistance caseworker — budgeted at $33,000 for the year — and a community outreach advocate — budgeted at $40,000.

The township is scheduled to move from rented offices at Dodge Avenue and Main Street to the first floor of the Civic Center in September.

That will cut nearly $24,000 from rent costs for the year and another $9,000 in phone and utilities costs, and result in substantially more savings next year.

While general assistance is the township's biggest expense, operation of the supervisor's office itself and the township assessor's office are funded from a separate budget, called the Town Fund.

Spending on that is projected to increase 15 percent in this year's budget to $432,200, with the biggest increase in community action programs provided by non-profit groups.

Town board members, who are also city aldermen, criticized Vance for building up sizable reserves in both funds, but spending at this year's proposed rate would exhaust the reserves in less than two more years.

Because the township is not a home-rule government, it is limitied to raising property taxes by the lesser of the rate of inflation or 5 percent per year.

The town board is scheduled to vote on the budget July 22.