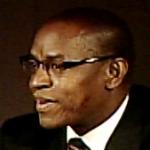 A revised budget for Evanston Township shows spending rising 29 percent this year — up from a projected increase of 21 percent just over a month ago.

The new budget is scheduled to be considered by aldermen on the Human Services Committee at a meeting this evening at the Civic Center.

The budget for the general assistance fund is now expected to increase 36 percent, to $1.74 million, compared to a previously projected increase of 22 percent.

The budget for the town fund — which covers the assessor's and supervisor's offices, community services and legal fees — is now expected to increase by nearly a third over what had been listed in the previous budget — though much of that increase results from a change in the reported spending figure for last year.

Newly-elected Township Supervisor Gary Gaspard says the proposed budget now includes a 2.5 percent pay increase for township employees. Under the previous version they were scheduled to not see any increase.

It also dramaitcally increases administrative overhead costs for the general assistance program, from roughly $288,000 to $383,000.

The budget proposes to cover the extra spending by further drawing down the township's reserves.