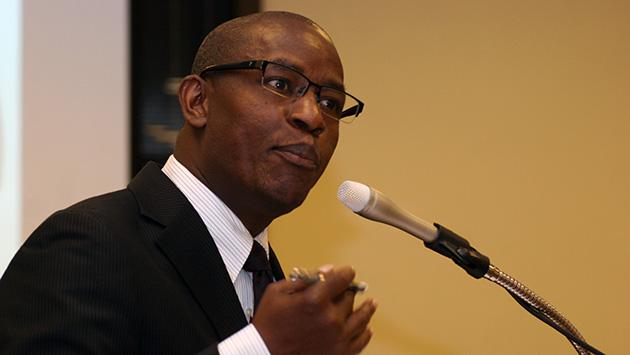 In a one-paragraph letter set Thursday evening to Mayor Elizabeth Tisdahl and Town Clerk Rodney Greene. Gaspard said the part-time supervisor's job "requires more time than I anticipated," and that as a result he is resigning, effective today.

City Manager Wally Bobkiewicz says the Township Board will meet at 7 p.m. Monday, before the scheduled City Council meeting, to discuss appointment of a new township supervisor.

Gaspard was elected to the supervisor's job in April's municipal election.

Gaspard came under sharp criticism from town board members in August for proposing a 29 percent budget increase. The board ultimately approved a budget that continued spending at last year's level.

He more recently was criticized for spending over $17,000 on help-wanted ads in the Chicago Sun-Times for positions that the board had not approved funding for.

The City Council has introduced a proposal to hold a binding referendum on dissolving the township and having the city assume its duties, but aldermen postponed a final vote on the referendum question Monday night and asked the city manager to provide more details on just how the city would take over the general assistance and property taxpayer advice programs now run by the township.

Top: Gaspard defending his budget proposal at a town board meeting in August.