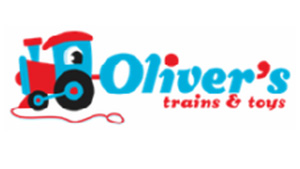 Main Street in Evanston won't be without a toy store for long. Oliver's Trains and Toys which opened last year on Central Street is planning a second store on Main Street — just across the street from an existing toy shop that's closing.

Owned by Bogdan and Siri Rogalski, Oliver’s is named after their son who inspired the store’s philosophy.

Rogalski says, “We learned from buying toys for our own son that when you choose the right toy for your child, you can amaze and inspire them. That’s what motivates us when we’re choosing the products we carry and the toys we recommend to our customers.”

The new OIiver's store at 710 Main St., is expected to open late this summer. Toys Et Cetera, at 711 Main, is closing closing its Evanston location in June.

“When we heard the toy store on Main Street was closing, we wanted to step in and fill the void," Rogalski says.

Shaun Chinsky, the third generation owner of Good's of Evanston and the owner of the 710 Main building, says he'll consolidate his picture framing business into two storefronts to make room for Oliver's.

"When I met Bogdan and Siri, I was very impressed by the energy and passion they have for Oliver’s, and I knew right away that they would be a perfect fit for Main Street," Chinsky says.