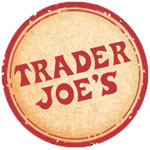 Trader Joe's has announced plans to open a store in Evanston at the site of the former Blockbuster Video store at 1211 Chicago Ave.

"The development of this site into a new Trader Joe's is yet another sign that Evanston's economic health is definitely on the upswing," said Evanston Mayor Elizabeth Tisdahl.

"Trader Joe's will be a good asset to the economy not only for the added commerce it will generate but also for the jobs it will create and the visitors it will attract to our community that is already known for its excellent restaurants, shops and entertainment venues," the mayor added.

Alderman Melissa Wynne, 3rd Ward, said she's "looking forward to working with Terraco, the property developer, to make this a flagship development for Trader Joe's and our neighborhood."

"Chicago Avenue is a key corridor for the Third Ward and Evanston and the arrival of Trader Joe's will mark an important step in the continuing improvement of Chicago Avenue."

Officials say the city's economic development staff has been working closely with the Wilmette-based Terraco to bring Trader Joe's to Evanston and will continue to work to facilitate the planning, zoning and permitting process.

Officials have long sought to bring the specialty grocery chain to Evanston, notably with attempts a few years ago to persuade it to locate in the former Osco Drug Store at Oakton Street and Asbury Avenue and to include it in a planned mixed use development at Maple Avenue and Emerson Street.

The chain's closest current locations to Evanston are on Lincoln Avenue in Chicago and on Waukegan Road in Glenview.