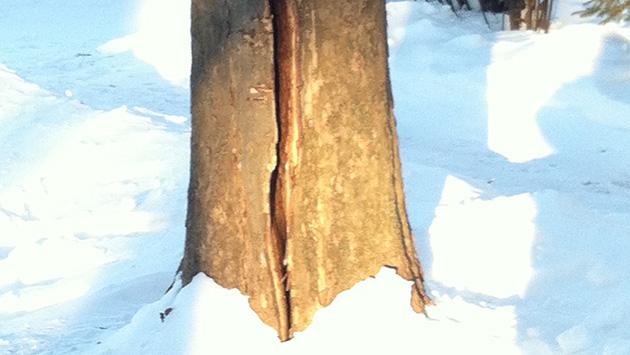 A motorist who plowed into a city worker's vehicle and a bunch of storm-damaged trees are complicating Evanston snow cleanup efforts.

Public Works Director Suzette Robinson says the motorist, who was later arrested by police, plowed into and heavily damaged a city vehicle being used to protect workers removing snow from the Central Street business district around midnight.

Robinson says the supervisor inside the city vehicle, Don Cornelius, completed his shift but afterward complained of neck pain and was taken to the hospital but has since been released.

Despite that, crews were able to remove snow from Chicago Avenue between Grove and Clark streets, Central Street from Central Park to Ewing avenues and from the intersection of Foster Street and Maple Avenue during the night.

Robinson says that today crews will focus on clearing pedestrian crossings at signalized locations and pushing back intersections and alley entrances.

Christmas tree recycling, that had been scheduled to resume today, won't begin until Thursday due to severe tree damage that requires immediate removals.

Robinson says a caller to 311 reported a split tree on the 2200 block of Dodge on Tuesday. And a worker sent to check on it found that tree, and several other Sycamores trees nearby with severe splits.

He suspects sub-zero temperatures may be to blame, but is researching the issue. Workers will also be checking the 300 or more other Sycamore trees on public land in the city today.

As a result of the tree issues, firewood sales this Saturday are also cancelled.