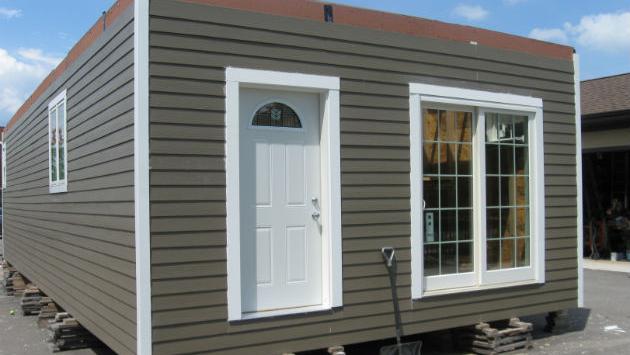 Parking and traffic will face some minor disruptions Monday morning as a two-story house built by students at Evanston Township High School this year is moved to its final resting place at 1509 Emerson St.

The house is the product of a unique math course at the high school, known as Geometry in Construction. This marks the conclusion of the fourth year of the program.

A collaboration between ETHS, the City of Evanston, and Community Partners for Affordable Housing, the project is designed to teach seemingly obscure mathematics principles in a practical, real-world setting.

All year long, the 99 students taking the course have been engaged in this hands-on project that adds another affordable home to the housing inventory of Evanston.

Anyone interested in purchasing this affordable home is invited to contact Community Partners at (847) 681-8746 for additional details. The purchasers’ household income, however, cannot exceed 120 percent of the area’s median income.

Using that formula, the annual income, before taxes, of a family of four would be less than $95,000 to qualify, according to a spokesperson for Community Partners. 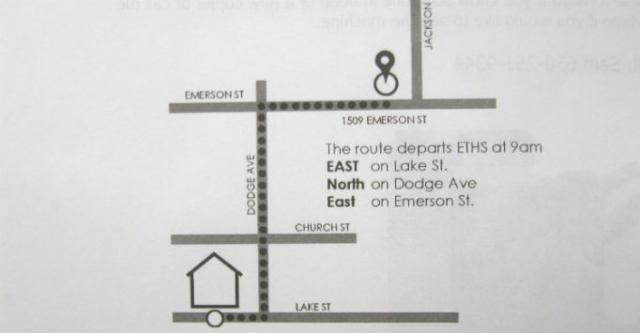 The route: east on Lake, north on Dodge, east on Emerson.

The two-story structure will be moved in two sections, beginning at 9 a.m. Monday. The convoy will depart from the south entrance of the school heading east on Lake Street, turning north on Dodge Avenue, then east on Emerson Street to the site just west of Jackson Street.

There will be traffic controls and no parking on Emerson Street between Dewey and Jackson avenues between 9 a.m. and 1 p.m.  Monday.