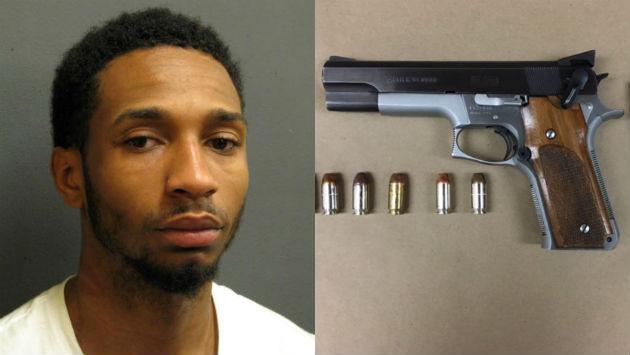 Evanston Police say a traffic stop early this morning led to the recovery of a stolen gun and the arrest of the car’s driver.

Dugan says that while speaking with the two people in the vehicle officers noticed a handgun on the driver’s side floorboard.

The driver, Jacquese T. Sims, 22, of 7626 N. Rogers in Chicago, was taken into custoday and charged with aggravated unlawful use of a weapon by a felon and possession of a firearm and ammunition without a firearm owner’s ID card as well as traffic violations for the expired registration and not having a driver’s license on his person. The Department of Corrections also issued a parole violation warrant for Sims.

His passenger, a 28-year-old Chicago woman, was taken into custody but later released without charges.

Dugan says the loaded .45 caliber Smith and Wesson handgun recovered had been stolen during a burglary in Evanston last July.