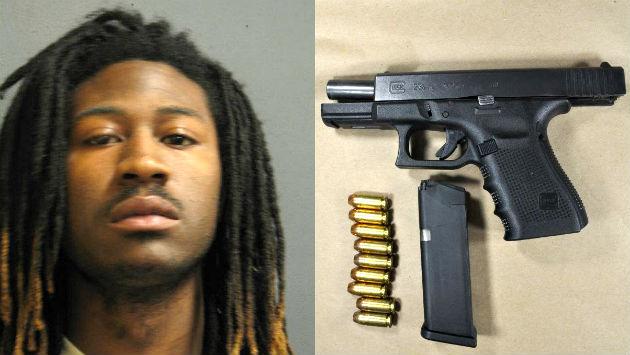 When they pulled the car over a block away in the 2300 block of Bradley Place, Dugan says, the rear seat passenger, known to the officers as Terrell Wright, got out of the car and began to walk away while clutching the right side of his waistband.

Dugan says Wright then began to run from the officers and they saw that he had a handgun in his waistband. In the 900 block of Pitner Avenue, Dugan says, Wright fell on the snow and attempted to throw the handgun.

He was taken into custody, and, Dugan says, the officers recovered a loaded Glock .40 caliber handgun. Police say Wright was later found to also have a plastic baggie containing about four grams of cannabis.

Wright, 20, of 1627 Monroe St. in Evanton, has now been charged with unlawful use of a weapon and unlawful possession of cannabis.

The adult female driver of the vehicle and an adult male and female passenger were released without charges.