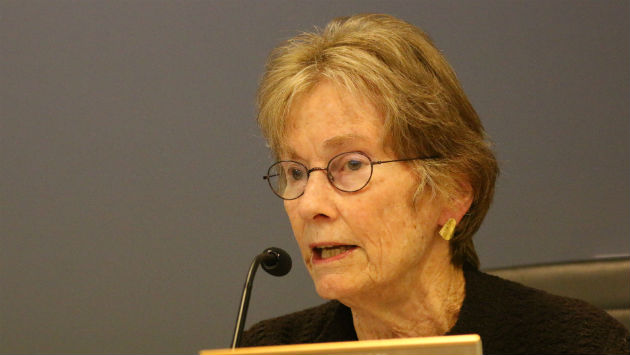 Evanston aldermen asked city staff this week to figure out how much more money the city might take in if voters approved a graduated increase in the real estate transfer tax.

Alderman Ann Rainey, 8th Ward, has been advocating increasing the tax on properties valued at more than $1.25 million.

That, she says, would make the tax “progressive” — and spare residents of lower-priced properties from an increase.

Evanston’s half-percent real estate transfer tax is already among the highest in the state.

But the legality of a progressive transfer tax hasn’t been litigated in Illinois, and Alderman Eleanor Revelle, 7th Ward, said the city would likely be sued if it imposed one and would have to set aside any additional money raised to await the outcome of the lawsuit.

Alderman Cicely Fleming, 9th Ward, said some of her constituents who want to downsize into smaller homes as they age have told her they don’t think they should have to pay the tax. She said a progressive transfer tax would help preserve diversity in Evanston.

None of the aldermen suggested decreasing the tax on lower-value properties as part of the referendum measure — although that might presumably help win voter support for the measure.

Proposals for a flat-rate increase in the transfer tax have been defeated by Evanston voters twice in the last 12 years.

Alderman Melissa Wynne, 3rd Ward, said the Council needed more information about the prospects for litigation and about how much additional revenue a progressive tax might raise.

City Manager Wally Bobkiewicz said he’d come back to the Council on July 23 with more information about the likely revenue impact of a split-rate tax hike.

The Council faces a deadline of its August meeting to decide the question if it wants to get the measure on the November election ballot.