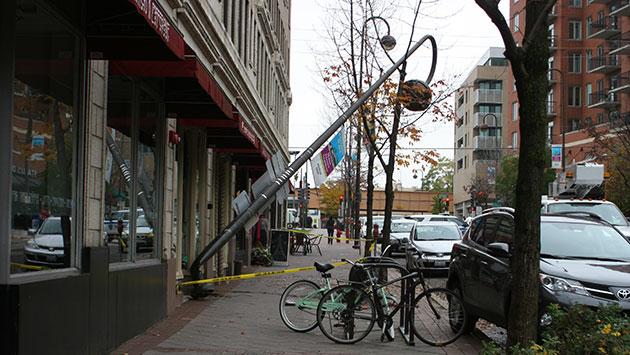 A street light pole was perched precariously in a tree on Main Street west of Hinman Avenue in Evanston this afternoon after it was hit by a car.

Police say the accident happened about noon and traffic on main street was still blocked an hour later as police continued their investigation and city crews prepared to remove the light pole.

A witness at the scene said the accident apparently occurred when a car backed up onto the curb — dislodging the pole from its mounting and also knocking over a post that had two parking meters mounted to it. 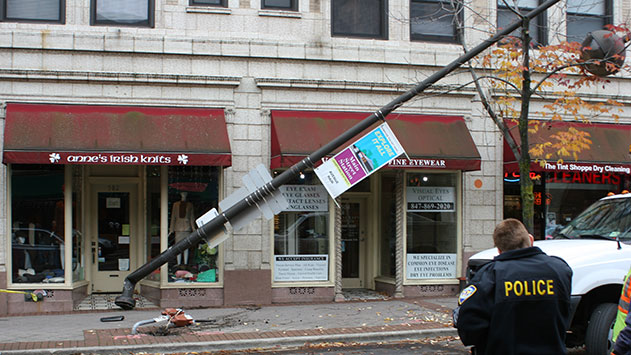 The base of the pole ended up just in front of the doorway to Anne's Irish Knits at 502 Hinman Ave.