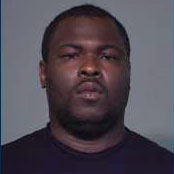 A trial date of Sept. 16 was set today in Skokie district court for 26-year-old Brandon Hinton who's charged in the fatal beating of a man on Howard Street nearly two years ago.

Police say video surveilance images show that as Costulas — who wore hearing aids and walked with a cane —  approached the Marathon Gas station at 555 Howard, two men who'd just left the gas station approached him and without provocation attacked him.

The video showed that one attacker struck Costulas in the head, causing him to fall to the ground, and that the other then went through the victim's pockets before they both fled the scene, leaving Costulas on the ground, unconscious and bleeding.

Costulas was taken to St. Francis Hospital where he died a week later of his injuries.

Hinton and another man were taken into custody by police a few later based on an anonymous tip, but only Hinton was charged with the crime.

Hinton has requested a trial by jury.