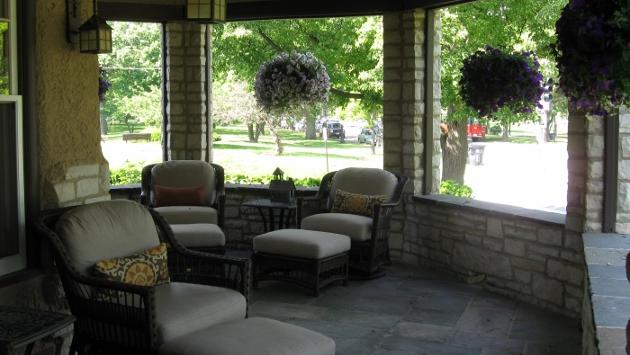 It’s been nearly a year since the Pritzker-owned Stone Porch by the Lake bed and breakfast opened at 300 Church St., and it’ll take some doing for anyone to match it in style and excellence.

The TripAdvisor website, which invites travelers to post reviews, both negative and positive, contains 56 reviews, and all of them give it the highest rating, which is “Excellent.”

“Having lived in Evanston for eight years and then moving up to Lake County, we always thought Evanston needed a B&B. Well, this place is more than just your run-of-the-mill B&B; it is amazing.”

“A lot of thought was given to the renovation of a fantastic historic property steps from the lake in a nice quiet neighborhood.”

“We booked the lake front suite which was spacious, had a stunning bathroom with all the bells and whistles, a fireplace, and beautiful views of the lake. We then had some time to relax in the room and first floor parlor before dinner at a French restaurant that we walked to about three blocks away.”

“This is a superb inn and a treasure for Evanston.” 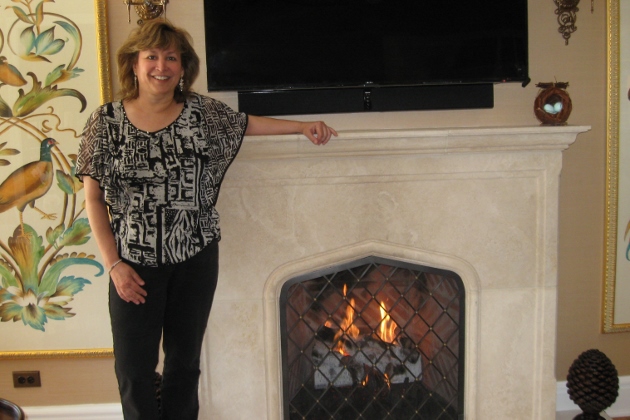 Innkeeper Carrie King is a frequent shopper in Evanston stores.

Carrie King, the live-in proprietor, says the response from the neighborhood of the facility, located across Sheridan Road from Lake Michigan at 300 Church St., has been most gratifying.

“Hardly a day goes by that someone from the neighborhood doesn’t ring the doorbell and ask for a tour,” she said.

It’s hard to believe that the Evanston Zoning Board of Appeals recommended that the application for a special-use permit for converting the 19th Century mansion into a bed-and-breakfast be rejected. The City Council overturned that recommendation by a 7-2 vote last September.

After a “soft” opening, the Stone Porch was officially launched as Evanston’s first licensed B&B in October, drawing a big crowd to the ribbon-cutting, followed by tours for upwards of 300 persons. 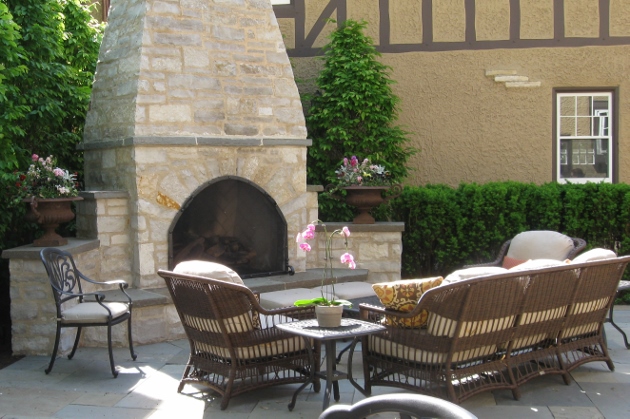 The patio, with outdoor fireplace, is a popular gathering spot for guests.

Purchased by Jennifer Pritzker, who lives in the neighborhood, for $2.25 million, another $2 million was reportedly spent for the renovations, including installation of a “dumb waiter” elevator to haul guests’ luggage to the upstairs rooms, and the addition of baths with heated floors and towel racks for each of the five guest rooms.

King said that business has been brisk, particularly with events at nearby Northwestern University, from professors, trustees, and parents.

“We’re totally booked for graduation weekends through 2018,” she said.

Bookings have been strong all year long, she added, particularly in the spring and summer months, and many Evanstonians refer to the Stone Porch as their neighborhood guest house, King added. 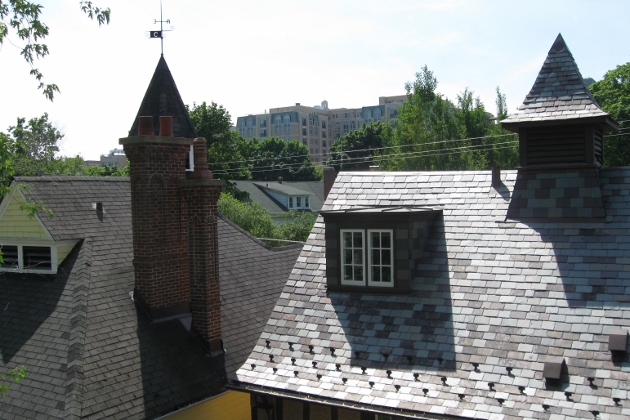 This view from an upstaris balcony shows The Mather in downtown Evanston.

Prices for the rooms, each of which can accommodate two guests, range from $275 to $350 a night. In-door garage parking is available, King said, although many visitors arrive by taxi from O’Hare Airport.

While special events are not held in the facility, she said, there are frequent “whole-house” bookings on weekends for weddings.

Pritzker is currently remodeling the former Isberian mansion two doors south, which will be opening soon. It features a movie theater, workout room, and a spa in the basement that will be available for use by Stone Porch guests.

Reviewers gave rave accolades to King for her breakfasts, particularly the eggs benedict and the pastries from Hewn and Bennison bakeries in Evanston. At night, each guest will find chocolates from the Belgian Chocolatier Piron on Main Street resting on their pillows.

King does her own grocery shopping in Evanston two or three days a week and provides guests with an extensive list of local restaurants and shops for their convenience. Fresh flowers, purchased locally, are also found in each guest room.

“We make every effort to buy locally and to encourage our guests to shop in Evanston,” she says.

Top photo: Guests have been known to fall asleep while relaxing in the comfortable furniture on the front porch.