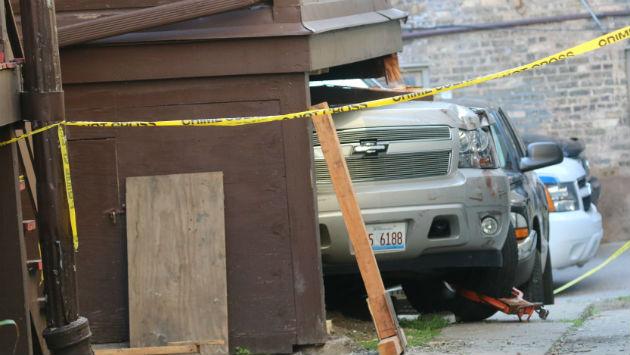 A Chevy Avalanche pickup truck became wedged under the rear enclosed porches of an apartment building at 131-133 Ridge Ave. in Evanston about 2:30 this morning.

Update 9:10 a.m.: Fire Division Chief Dwight Hohl says the pickup truch was pulling into the parking lot from the alley when it overshot the parking space and became wedged under the porches — partially pulling them away from the main structure of the building. 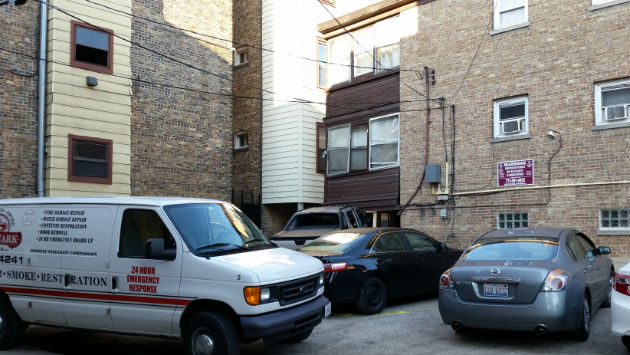 Hohl says the driver was taken to St. Francis Hospital for treatment of injuries where he's reported in stable condition.

Fire Department crews shored up the enclosed porches temporarily in the middle of the night and contractors were at the scene this morning examining the extent of the damage. 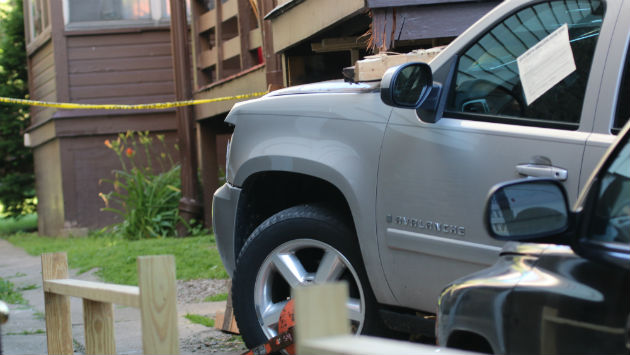 Police had booted the truck to make sure it wasn't removed before the porches could be secured.

Update 8:55 a.m.: Evanston Police Cmdr. Joseph Dugan says the driver of the pickup, Gerardo Barboza, 40, of 831 Dobson St., has been charged with driving under the influence.

He says fire officials directed resident of the building to stay off the porches until they could be repaired.