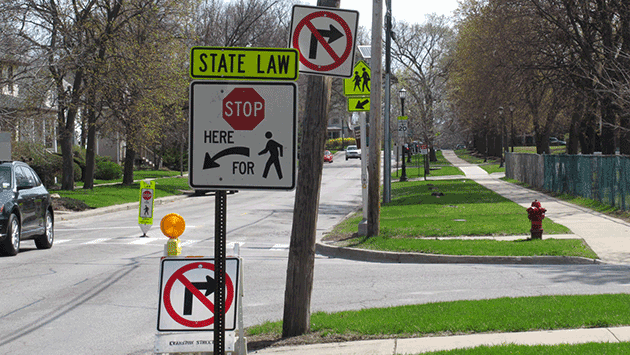 Several residents are complaining about the new signs on Alderman Ann Rainey's 8th Ward message board, saying nobody told them the signs were coming and that they create considerable inconvenience for drivers trying to get into the neighborhood — given heavy traffic on other streets in the area.

Rainey says the signs had been requested by the Barton Neighborhood Association — which argued that through traffic was using Barton as a short cut to Ridge Avenue to avoid the light at Oakton and Ridge — and that the neighborhood group had supposedly done a survey of residents to back up the request.

Neighbors complaining now say they weren't surveyed. Rainey says that for now the signs are just a test — the City Council hasn't yet adopted an ordinance that would make them permanent.