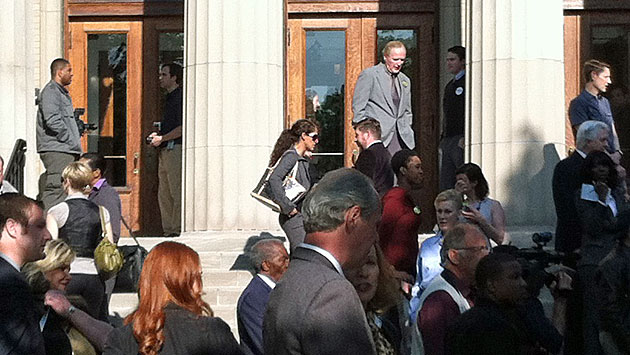 The Starz television series 'Boss" is shooting in Evanston today at the Music Institute of Chicago, according to an extra interviewed at the scene. 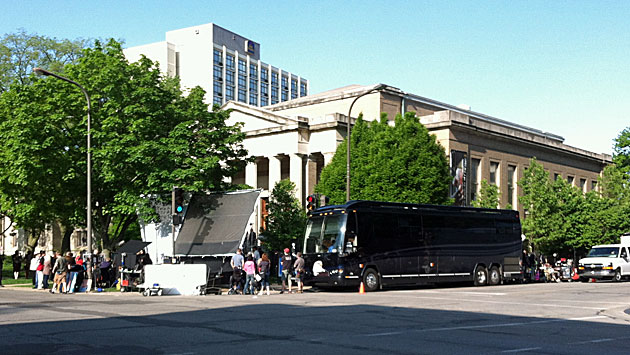 Top: Cast and crew gather on the steps of the Music Institute, at 1490 Chicago Ave. Above: Equipment surrounds the building. (Photos by Jan Smith)

The show, now shooting its second season, tells the story of a fictional Chicago mayor, Tom Kane, played by Kelsey Grammer, who's trying to conceal his degenerative neurological disease from his political foes.

Grammer won a Golden Globe as best actor for his performance in season one.

No word on how long filming will continue here — but it's made parking tight this morning for people who usually patronize the Church Street garage.