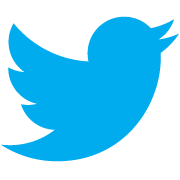 Directly from the 911 Dispatch Center, almost all emergency calls will be tweeted that day from 3 to 11 p.m.

“The police department is excited about this year’s Tweet-along to keep Evanston residents informed about what police do on a day-to-day basis to keep crime down and make sure Evanston is a safe community for all,” said Evanston Police Commander Jay Parrott in a news release.

“Social media is proving to be more and more important in communicating with our residents. It’s no longer just a forum to let people know about events or power outages; it has created a platform by which followers can interact with city staff and learn more about operations that make this city function,” said Adelita Hernandez, the city's citizen engagement coordinator.

Some of the Tweets from last year involved disorderly conduct, a physical altercation, leaves set on fire, a residential burglary that turned out to be a squirrel that ransacked the inside of the home and someone throwing a fish into a car.

Calls pertaining to domestic violence, sexual assault or child abuse will be omitted again this year due to their sensitive nature. A volunteer will be running the actual Twitter feed from the 9-1-1 Center. Residents can follow the City of Evanston on Twitter at www.twitter.com/CityofEvanston.