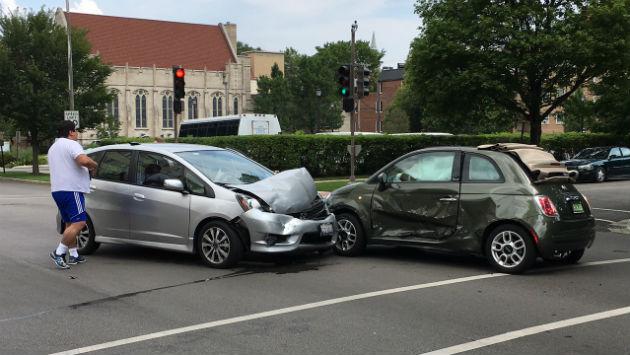 Two cars collided on Chicago Avenue at Greenwood Street about 12:25 this afternoon.

A witness says a woman who’d been driving one of the cars was transported by Fire Department ambulance to Evanston Hospital after complaining of pain.

The intersection was reopened to traffic shortly before 1 p.m.

Police Cmdr. Joseph Dugan says a 50-year-old Skokie man was driving southbound on Chicago Avenue and went through the red light at Greenwood and struck a car driven by a 58-year-old Evanston woman who was heading east on Greenwood.

Dugan says the Skokie man was issued citations for disregarding a traffic control device and not having proof of insurance.