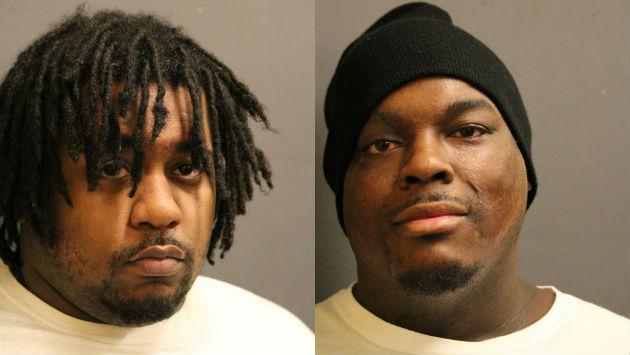 Evanston police say two men are facing felony charges in the wake of a shots-fired incident in the city last week.

Police Cmdr. Ryan Glew says an officer on patrol in the area of Simpson Street and Dewey Avenue at 3:22 p.m. last Wednesday heard about five gunshots coming from the east alley of the 2100 block of Dewey and then saw a sliver Jeep Commander fleeing the alley.

Glew says the officer activated his lights and attempted to stop the Jeep but it did not stop. The officer pursued the Jeep west on Payne, north on several streets and then east on Lincoln but terminated the pursuit as the Jeep crossed Ridge Avenue at Lincoln Street.

Bystanders then alerted the officer that the Jeep had crashed into a fence at 733 Lincoln Street, and the officer found the Jeep unoccupied.

Other officers began search for the offenders. They recovered a loaded Glock semi-automatic handgun on the ground near the Jeep and took two suspects into custody in the area.

Glew says a fingerprint found on the handgun matched prints of one of the suspects, Darius Morales, 29, who lives in the 5500 block of North Central Avenue in Chicago.

He’s now been charged with felony unlawful use of a weapon by a felon and being an armed habitual criminal. He’s being held without bond and was due for a hearing today at the Skokie courthouse.

Glew says the investigation established that Twan Daniels, 30, of the 1900 block of Dodge Avenue in Evanston was driving the Jeep. He’s been charged with one felony count of aggravated fleeing and eluding and numerous traffic citations.

No one was injured in the pursuit and crash. A portion of fence was knocked over and the Jeep sustained minor damage in the crash. The original shooting caused some vehicle and property damage but a gunshot victim was not located.