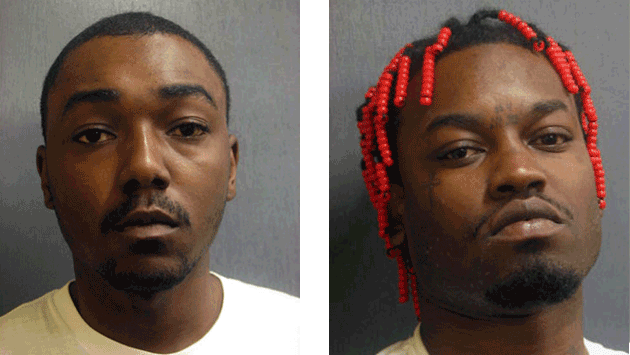 Two men have been charged with firearms felonies in connection with an incident Wednesday in the 300 block of Custer Avenue in Evanston that left three gunshot holes in a parked car.

Dugan says that officers responding to several 911 calls shortly after 1:30 p.m. about shots fired spotted a vehicle that callers said had been involved in the incident. Officers tried to stop it in the south alley of the 600 block of Oakton Street, but the two men later arrested fled the car on foot.

Dugan says Raymond was found hiding in the rear stairwell of an apartment building in the 400 block of Callan Avenue, and a loaded .22 caliber North American Arms semi-automatic handgun was found near where he was taken into custody.

Miles, Dugan says, was located a half hour later hiding in an apartment in the 600 block of Hull Terrace, and a loaded Bryco 9mm semi-automatic handgun was recovered there.

The Illinois Department of Corrections has issued a parole violation warrant for Raymond, who was on parole at the time of the incident.