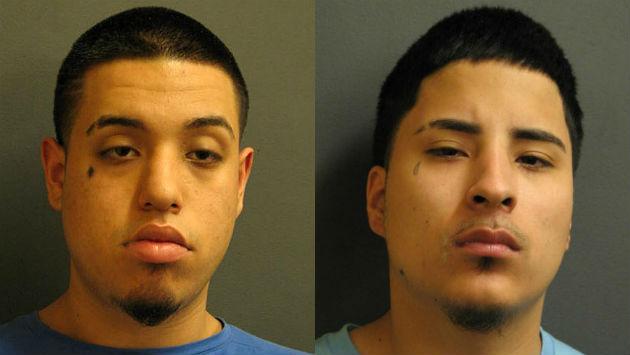 Evanston police say two burglars who allegedly broke into a health food store were captured a short time later thanks to a 911 call reporting the break-in.

Dugan says the caller said the men went inside the store, came back out a short time later and left in a sport utility vehicle heading soutbound on Chicago Avenue.

He says an officer responding to the scene observed a vehicle matching the description occupied by two men leaving the area. The officer tried to stop the vehicle near Sheridan Road and Jarvis Avenue in Chicago, but the vehicle fled.

Dugan says officers were able to locate the vehicle in the 1300 block of Estes Avenue. The two men fled on foot but were taken into custody after a short foot pursuit.

Dugan says the store owner said the cash register was significantly damaged in an unsuccessful attempt to force it open, but nothing else appeared to be missing.

The men, Nicholas Economos, 29, of 2842 W. Glenlake in Chicago, and Alejandro Elvira, 21, of 92431 Fairway Drive in Des Plaines, now have been charged with felony burglary.