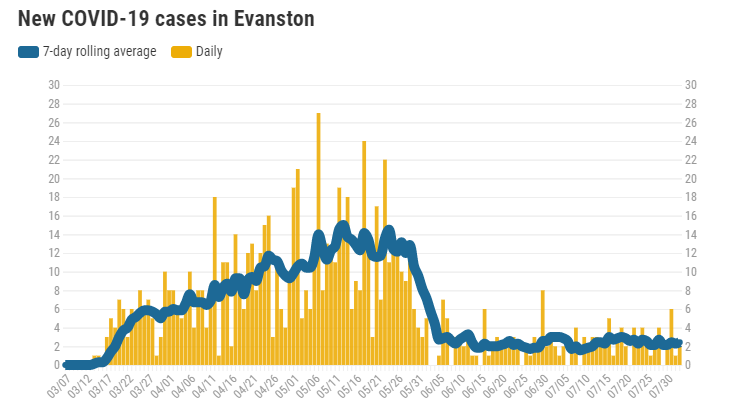 That’s the lowest new statewide case count in a few days, but still well above the three-digit range that was common until cases started to surge at the middle of last month.

Evanston now has had a total of 870 cases. The death toll here has remained unchanged at 71 since July 11.

The Illinois Department of Public Health reported test results for 38,945 people today with a positive rate of 3.8% down from 4.1% on Saturday. The seven-day average positive rate now is 3.9%

The IDPH reported test results for 242 Evanston residents today and found one new case for a positive rate of 0.83%