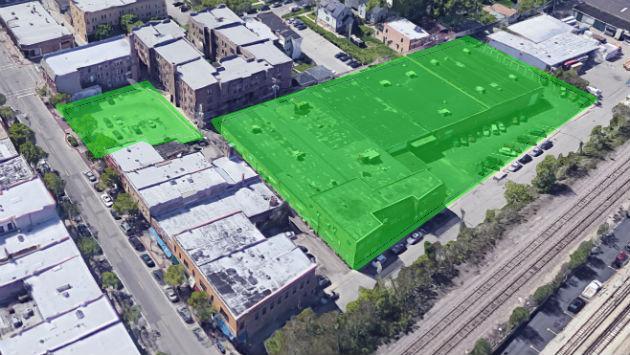 They’re proposing a 40-unit market-rate townhouse development at 912 Custer, the site of the Dard Products factory and warehouse. Dard, Zalmezak says, has listed the property for sale and plans to relocate.

And the developers are proposing a mixed-use, mixed-income building with street-level commercial space and about 40 rental units on what’s now the city’s parking lot #24 at 727 Main St.

The developers are proposing that in return for the city providing the parking lot site they would double the number of affordable housing units that would otherwise be required for the projects from eight to 16.

What’s now the city parking lot had been the site of the first Vogue Fabrics store on Main Street until the building was destroyed in a fire in December 1959.

A community meeting to discuss the proposal is being planned for the middle of next month. The city’s formal planned development review of the proposals would begin after that meeting.

The city’s parking manager, Jill Velan, says there is ample parking in the area — including in Lot 8 behind the buildings on the south side of Main Street and in Lot 31 at 925 Sherman Ave.

She says staff is evaluating a variety of ways to improve utilization of those lots with a combination of daytime use for shoppers and employees and evening residential permits.

Transportation and Parking Committee members seemed generally receptive to the concept of getting more affordable housing in return for the development of the parking lot.

They suggested that the city should require the developers to pay for a parking study to be conducted by a city consultant to help assess parking needs and how to best allocate the parking spaces that would remain in the area if the developments were approved.