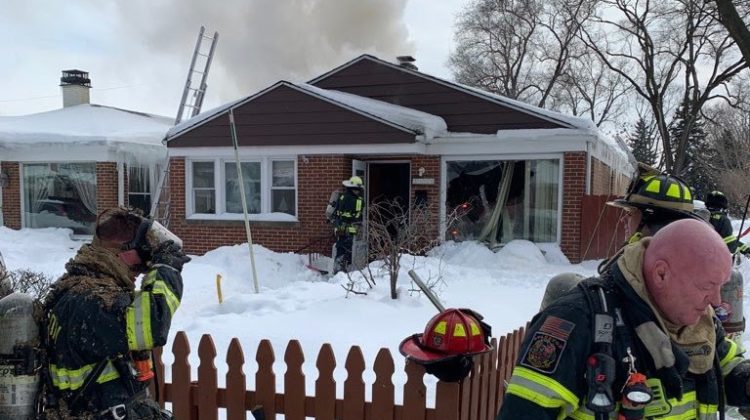 Evanston firefighters found black smoke and flames coming from the roof of a single-family home when they arrived on the scene in the 2100 block of Seward Street this afternoon.

The fire had broken out in the attic of the one-story home at 2130 Seward. Fire Division Chief Kimberly Kull says crews managed to put it out within a half hour after the initial call.

She says two residents of the home got out before fire crews arrived, but firefighters rescued a dog from the house. One firefighter suffered a minor ankle injury as a result of icy conditions at the scene.

Kull says the American Red Cross is working to provide housing, food and social services for those impacted.

The cause of the fire is under investigation.