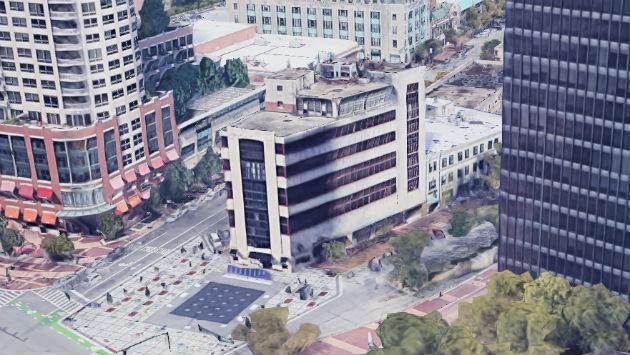 The Fountain Square Building at 1601 Sherman Ave. has been listed with an asking price of $7 million by long-time owner Ted Mavrakis.

The sale of that property is expected to close this week, Fiske said, adding that she hoped the new owner will restore the original limestone facade of the building’s first floor, which, she said, would make it “really pretty.”

The five-story building has frontage on Sherman and Orrington avenues and faces the city’s recently renovated Fountain Square park. It was completed in 1948 and originally housed the Maurice L. Rothschild Department Store.

After Rothschild’s closed, it temporarily housed the Evanston Public Library while the library’s current building was under construction. More recently it has provided 33,666 square feet of office space.

The Homestead, an eight-story boutique hotel at 1625 Hinman Ave. has been listed for sale since last May.

Fiske said the sale of that property is expected to close soon and that the new owners plan to continue to operate it as a hotel. The eight-story building was completed in 1928 and has been owned by a venture headed by David Reynolds since 1992.

Downtown Evanston Executive Director Annie Coakley added that the new owners may close the hotel for perhaps as long as nine months while it undergoes renovations.