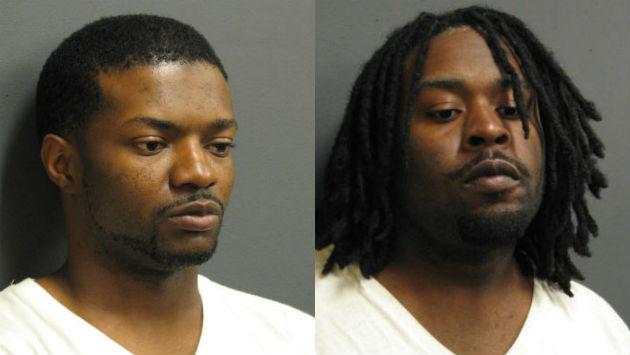 Evanston police says two convicted felons and known gang members have been charged with unlawful use of a weapon.

Police spokesman Perry Polinski says a 9-1-1 caller reported seeing men with guns in the east alley of the 100 block of Callan Avenue about 11:25 p.m. Sunday evening.

Members of the department's tactical unit, who had been on patrol in the area, immediately located four men in the alley, Polinski says, and an investigation resulted in the recovering of two Glock handguns.

He says the state's attorney's office, after reviewing the case, approved the charges against the two Chicago men, Jamal Goings, 26, of 6225 N. Claremont Ave., and Jockess J. Miller, 25, of 4827 S. Seeley Ave.