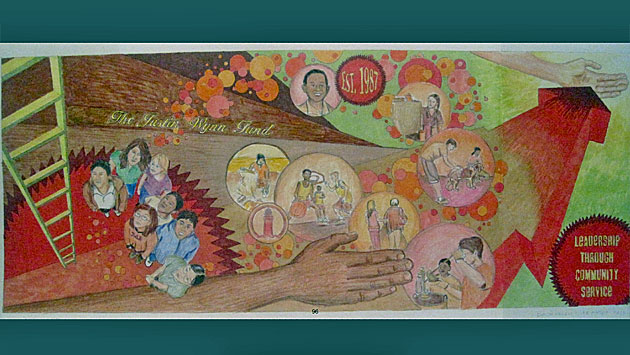 An Evanston City Council committee tonight is scheduled to vote on requests by community groups to paint murals on two railroad viaducts.

The Justin Wynn Fund is seeking approval to paint a mural celebrating its 25th anniversary on the northwest end of the Metra viaduct at Church Street and Maple Avenue.

And the McGaw YMCA's Children's Center wants to paint a mural on the north side of the CTA viaduct at Greenwood Street. 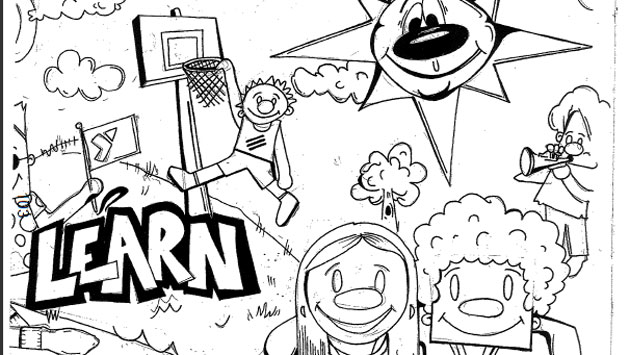 Top: A design for the Justin Wynn Fund mural. Above: A detail from sketches for the YMCA mural.

The Justin Wynn Fund proposal calls for a 20-foot by 8-foot mural to be painted on 4 x 8 foot sheets of exterior plywood by professional artists. The painting will be done off-site with installation planned for August.

The YMCA project hopes to involve summer camp participants ranging in age from two to 14 years old in the painting project at the viaduct site under the leadership of two professional artists with mural-painting experience. That mural would be painted directly on the viaduct surface.

Both projects have been approved by the Evanston Arts Council. The Human Services Committee is scheduled to vote on the plans at it's meeting at 7:30 p.m. tonight at the Civic Center. Final approval is up to the full City Council.