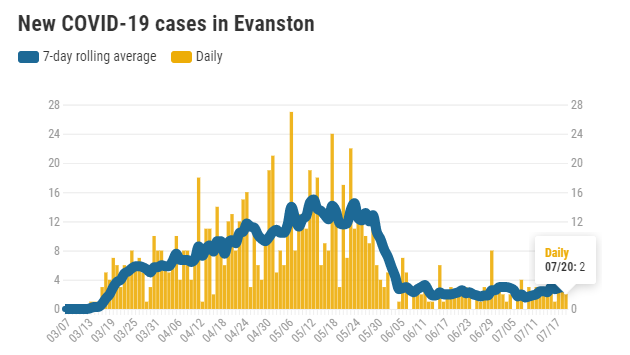 To date 840 Evanston residents have tested positive for the disease. The death toll remained unchanged for a 10th day today at 71.

The Illinois Department of Public Health reported test results for 34,598 people today as the total number of people tested in the state neared 2.3 million.

The positive rate statwide today was 3.4%, compared to an average of 3% over the last seven days.