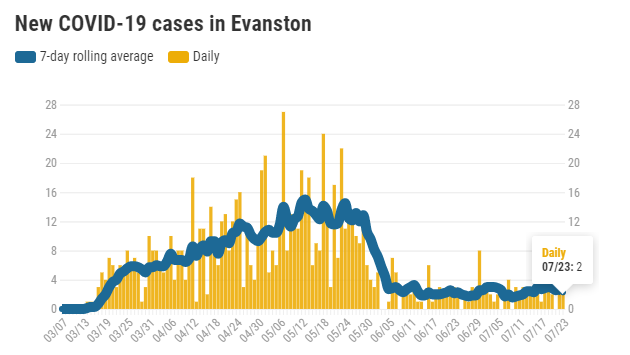 The Illinois Department of Public Health reported results of tests on 39,706 state residents today, the fourth highest daily test count ever, with a positive rate of 4.1%, compared to a seven-day average positive rate of 3.4%

The IDPH included 268 Evanston residents in its testing figures for today and said four Evanstonians tested positive for a positive rate of 1.5%. That number was twice the positive count reported by the city. The IDPH said three of the positive cases were from the north Evanston 60201 ZIP Code, with the remaining one from the south Evanston 60202 ZIP Code.