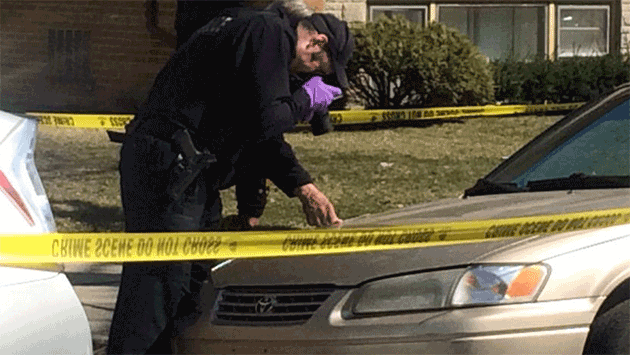 Evanston police took two people into custody this afteroon for questioning after someone fired shots in the 300 block of Custer Avenue — one of which hit an unoccupied parked car.

Police swarmed the area after first reports from witnesses of the shooting incident about 1:30 this afternoon.

Cmdr. Joseph Dugan says officers located a car matching the description of one witnesses said was involved in the incident about three blocks away, parked behind Schwartzhoff Cleaners at 600 Oakton St.

He said two people had fled the car, and officers say they found one hiding in a stairwell in the 400 block of Callan Avenue, the other inside an apartment at 605 Hull Terrace.

Dugan says police also recovered a handgun that may have been used in the shooting.

While both suspects are being questioned, no charges have yet been filed.