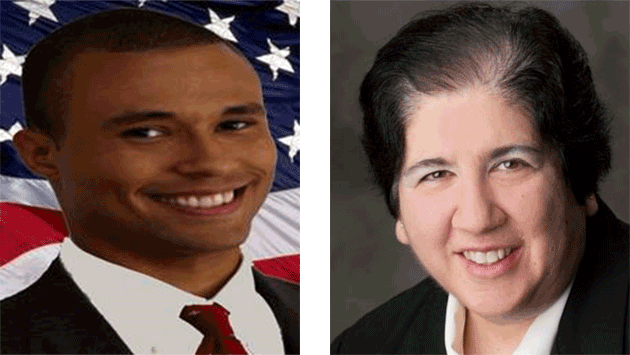 Two Republicans have filed nominating petitions to face off in the March primary election for the chance to challenge incumbent Democrat Jan Schakowsky for the 9th Congressional District seat representing Evanston.

David Earl Williams III, 29, says on his campaign website that he was born in Evanston but grew up in Chicago's Uptown neighborhood.

A U.S. Navy veteran and self-published novelist, Williams describes himself as a Ron Paul supporter, has worked as a male model and is pursuing a bachelor's degree in political science from an online college.

Susanne Atanus, a Niles resident, has sought the GOP nomination for the 9th District seat twice before. In 2010 she was kicked off the ballot over irregularities in her nominating petitions.

In 2012 she was also forced off the ballot after her then primary opponent, Tim Wolfe, noted that she'd collected many of her signatures from voters in areas that were no longer part of the district following Congressional redistricting.

Atanus, a former federal General Services Administration employee, also made news in 2008 when she lost a federal court lawsuit in which she'd challenged her dismissal from that job.

Schakowsky, 69, of Evanston, has held the the 9th District seat since 1999, and is considered to be one of the most liberal members of Congress. She's running unopposed in the Democratic primary.

Schakowsky has won re-election with 66 percent of the vote in her last two races.