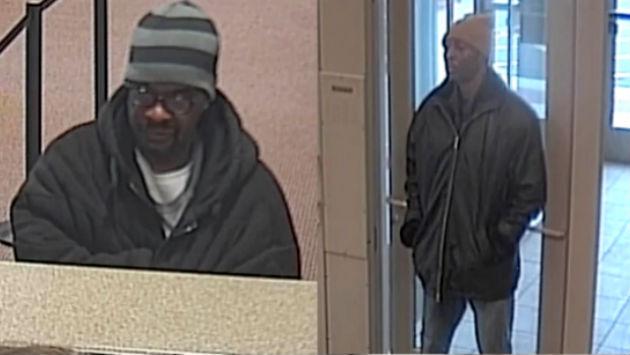 The FBI is looking for two men who robbed the Fifth Third Bank at 2440 Main St. in Evanston about 5:20 p.m. Tuesday.

An FBI spokesman says the two men entered the bank and one approached the teller and demanded cash. No weapons were shown during the holdup.

One robber is described as being about 6-foot tall with a slender build and between 40 and 50 years old. He wore a tan knit hat, a black jacket and dark pants.

The other robber was described as about 5-feet-8-inches tall with a medium build and between 45 and 50 years old. He wore glasses, a black and gray knit hat and a black jacket.

The FBI is offering a reward of up to $1,000 for information leading directly to the arrest of the two suspects.

Anyone with information regarding the robbery is asked to call the FBI Chicago Field Office at (312) 421-8700.