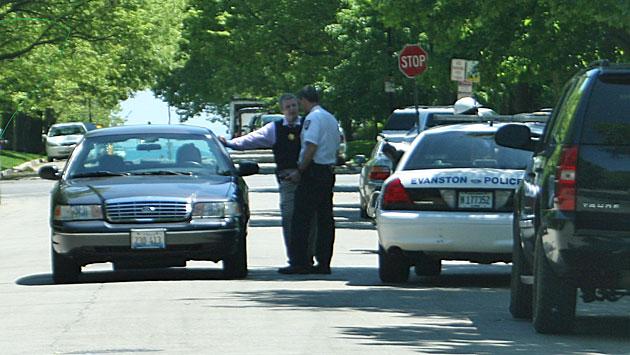 Evanston police say two men are in custody after police chased a car involved in a Rogers Park shooting late this morning through portions of Evanston's lakefront neighborhood.

No one was injured in the shooting, and based on a description of the car involved Evanston police pulled over a small black car on Greenwood Street between Judson and Forest Avenues.

The three occupants of the car bailed out of the vehicle and police set up a perimeter along the lakefront to search for them.

They also ordered two schools in the area, Lincoln Elementary and Chiaravalle Montessori School, to go on lock down while the search continued. 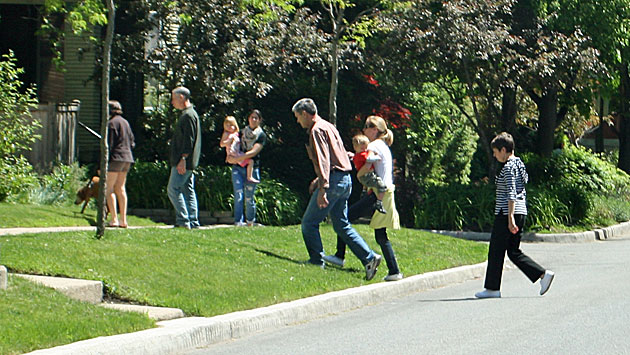 Parents take their kindergarteners into Chiaravalle school around 11:30 a.m. after police gave approval to lift the lockdown so the half-day kindergarten classes could switch.

Parrott says officers also recovered a gun and a shell casing, but the third suspect apparently managed to get through the perimeter police had established.

Police called off the intensive search around noon and the schools were allowed to return to normal operation.

Top: Police stand guard near where the shooting suspects bailed from their car on Greenwood between Forest and Judson.