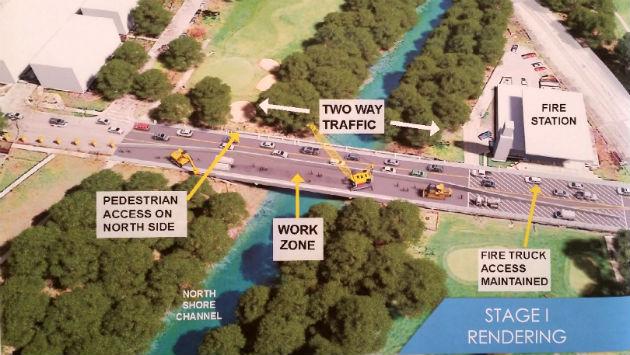 The more than century old Central Street bridge over the North Shore Channel in Evanston is scheduled to be replaced starting in 2019 in a project that’s expected to last two years.

City officials met with about a dozen neighbors Thursday night at the Civic Center to explain the project and get feedback about it. 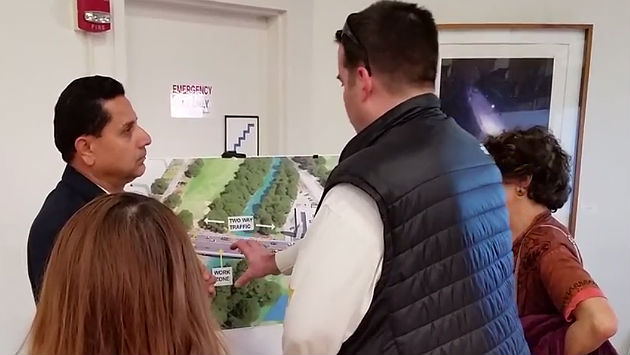 The city’s project manager, Sat Nagar, said this is the fourth bridge replacement project he’s worked on during his career with the city.

The Central Street project has some special issues — including the need to maintain access for emergency vehicles from Fire Station #3, located just east of the bridge, and for ambulances heading to nearby Evanston Hospital.

And then there are the swarms of fans –on foot and in cars — heading to events at Northwestern University’s Ryan Field and Welch-Ryan Arena.

Nagar says that’s why the bridge construction project will span two years, with the south half of the bridge being replaced in 2019 and the north half in 2020.

That approach will make it possible to keep one traffic lane in each direction and one pedestrian walkway open throughout the construction project.

The bridge was originally constructed in 1908 and renovated in 1975. Then in 2014 an inspection of the columns supporting the bridge that stand in the water of the channel discovered that much of the concrete and eroded away from some of the columns.

That was repaired by wrapping metal collars around the columns, but it also required posting a 15-ton load limit on the bridge.

The city applied for and received state funding to conduct detailed inspections of the bridge, which led to the conclusion that it was deteriorating severely enough that a complete replacement was in order. 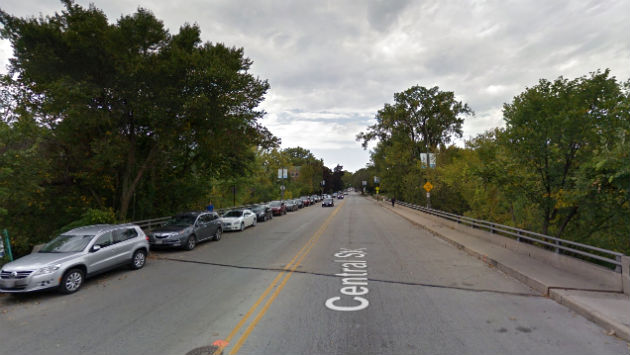 The current bridge, in an image from Google Maps.

The new bridge will be a single-span structure instead of the three span design of the current bridge. That means it won’t require any support columns resting in the channel’s water.

The new bridge will be 77-feet wide, nearly15 feet wider than the existing bridge. Nagar says that will permit widening the sidewalks on either side of the bridge from five to ten feet and also creating bike lanes on the bridge as well as providing parking lanes on both sides of the structure while maintaining two 12-foot wide travel lanes

Phase one design work for the project is just about complete. Once that has been reviewed by state and federal highway officials, the city will be able to begin preparing detailed construction drawings next year. Nagar says he anticipates being able to go out for bids on the project in January 2019 with completion by mid-year 2020.